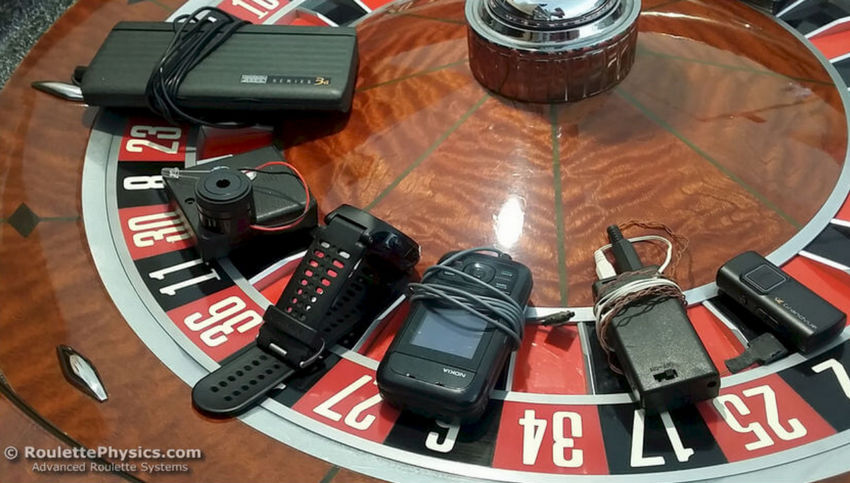 People on forums regularly speak about matters they have no idea about. Yet they profess to be experts. This article clarifies the legal situation about roulette computers.

Proving roulette computers can achieve enormous profits is easy. You can see a demonstration on any wheel you want (See www.roulettephysics.com/demonstrations/)

But for many people, it’s more a question of ARE THEY LEGAL? The short answer is they’re legal in about HALF of the World’s casinos. More detail is in this article.

The Legal Research We Have

Before anyone joins our private teams, it’s a requirement they first provide details of their legal research. This includes written legal advice from practising lawyers. So we have extensive research on roulette computer legalities.

First, players check laws on government websites (no cost), for the jurisdiction they want to play in. If they find roulette computers are clearly illegal, they don’t proceed. Or they focus on a different jurisdiction.

Relevant gaming laws are state-based, not national. So roulette computers can be legal in some areas of the same country, but not others.

We’ve seen written legal advice about roulette computers from almost every jurisdiction in the world. A summary of results is below:

45% of jurisdictions: Roulette computers are clearly illegal. We never play in these areas.

20% of jurisdictions: There doesn’t appear to be any law that prohibits devices like roulette computers.

35% of jurisdictions: The laws are “grey” regarding the use of roulette computer devices. If you ask perhaps 10 lawyers, maybe 4 will say its illegal, and 6 will say it’s legal.

Usually law enforcement wont charge anyone unless they realistically believe prosecution would be successful. And if laws either don’t exist or are a grey area, you’re unlikely to be ever charged.

Never does a law explicitly state something is “legal”. So laws will never specifically state roulette computers are legal. Laws regarding “cheating” state what is “unlawful”. So if something is not specifically mentioned as “unlawful”, then by definition it is “lawful”.

Every jurisdiction is different. But many share similar elements. Below is a typical example:

(1) A person shall not, in the casino, dishonestly –

(a) by trick, device, sleight of hand or representation;

(b) by a scheme or practice;

(c) by the use of gaming equipment; or

But a judge who has limited understanding of what roulette computers do may see it differently.

With the above law, a case that would be clearly illegal is where you TRICKED someone (dishonestly), whether it be a player or dealer. For example, you might distract a dealer after the ball has landed, then discretely bet on the winning number. If the dealer doesn’t notice, they’ll pay you winnings. In this case, your dishonesty gives you an advantage.

You hide a roulette computer NOT because you are trying to get an advantage through dishonesty. You hide it because you know the casino wont let you continue winning, if they know about it. In fact once a casino knows you’re consistently winning with ANY method, they’ll stop you eventually, one way or another. So you being covert has no relation to what’s giving you the advantage. You being covert is simply so the casino doesn’t ban you or take other action to stop you. You do not influence the spin results at all. You only predict them.

Again the above law is a very typical “grey law”. If you ask 10 lawyers, maybe 4 will say its illegal, and 6 will say it’s legal.

In any case, it’s best to get written advice from at least one lawyer. This is your insurance policy, so IF something went wrong and you got charged, you can show the judge your legal advice, and they’ll likely go easier on you.

Has anyone been charged with roulette computer use?

There have been a few very rare cases. But we estimate for every player that is caught illegally using roulette computers, there are about 1,000 other players winning covertly – right under the noses of casino staff.

Here are some cases where roulette computer players were caught:

The Ritz Players (£1.3M in 3 days) – NOT charged with crime, and were allowed to keep winnings
https://www.theguardian.com/science/2004/mar/23/sciencenews.crime (After this case, the UK government commissioned a study which found roulette computers are indeed effective. Although they tested only a very basic device though. See the lab test results HERE. This tested device is about the equivalent of our Lite version computer.) £1.3M in 3 days is getting a bit greedy – it’s no surprise the Ritz team were noticed.

Australian man wins $50,000 in 4 days – charged with crime (Actually made close to $1m across various jurisdictions. He probably wouldn’t have been charged with anything if he didn’t openly tell police what he was doing) https://www.linkedin.com/pulse/whats-jurisdiction-got-do-richard-marcus

“Wu continued on, getting real close to the US with a running profit of nearly a million bucks, when he got busted in Quebec.”

“In most jurisdictions. including the UK and many other important gambling venues, using equipment to beat casino games is not considered cheating as long as the player in question does not use that equipment to alter the results of games.”

This is another good example that even a million dollars profit can be achieved by a lone player. But the main limit to profits is what you can win without being detected. Returning to the same casino on consecutive days is greedy and risky.

$200,000+ won by Laszlo Kovacs in Australian Casino – charged, but never prosecuted. He was noticed ultimately because he too got greedy.
https://www.engadget.com/2005/03/19/wired-shoe-helps-gambler-cheat-at-roulette/

We are from Australia. Roulette computers aren’t legal here, so it is a condition that our players never use roulette computers here. It doesn’t guarantee they wont. But we would restrict the player’s access to the computer if we found they broke laws. There are ample legal jurisdictions to play in.

Does “legal” mean casinos allow them?

No casino will allow you to win consistently, regardless of how you win. So even if you aren’t breaking laws, you use the computers discretely. The casino staff never see them because they are hidden and completely out of sight.

NOTE: We are not lawyers, so we can’t give you legal advice. What we explained in this email is based on actual legal advice we’ve received. Again we have written legal advice from solicitors in almost all jurisdictions with casinos. So we’re in better position than anyone to know the legalities.

Learn more about our roulette computers at https://www.roulette-computers.com