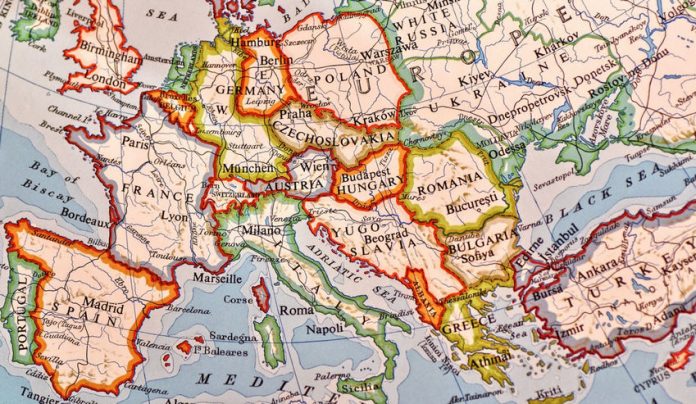 Roulette computers are electronic devices that predict where the ball will land. Learn more about them at roulette-computers.com. The concept is not new. Roulette computers have been around for a long time and have won millions. This email provides details about the legalities of their use to win roulette.

Most people would tell you roulette computers are illegal, but most people have no real knowledge in the matter. The fact is laws between different jurisdictions are different. So what is illegal in one country may be perfectly legal in another. Another consideration is gambling law is STATE-BASED, not national. So even in the same country, roulette computers can be illegal in one state, but legal in another.

The Most Extensive Legal Research on Roulette Computers

In some jurisdictions like Las Vegas, they are highly illegal. But in the laws of most European countries, there is simply no reference to them or such technology. And when something is not specifically illegal, it is legal. It is impossible to be charged for breaking a law that doesn’t exist. This is not to say eventually European countries wont amend their laws to be more modern, but despite lobbying by many casinos to change laws, most governments don’t consider it to be a priority.

One example is laws in England. You may have heard of the Ritz team that won millions in 3 days using roulette computers. Although they were caught and arrested, they were not even charged because they had not broken any laws. After this incident, English laws were changed. But then gambling in England was deregulated, and roulette computers are now legal again there. In relation to the matter of roulette computers, the government specifically told the casinos that they would just need to “police” themselves by excluding players who used roulette computers. After all, casinos are private property and they can exclude anyone they want.

Remember that every casino has a policy that roulette computers are forbidden. But something being forbidden and something being illegal are very different things. I could forbid you to sneeze, but I can’t have you charged for it.

If you become one of my roulette computer players, you have access to the player-only forum at roulettephysics.com/forum where you can share legal research with other players, so you’ll know where they are legal. Plus I also give you the procedures to ask gaming authorities so you can conduct legal research without needing a lawyer.

What do casinos say about roulette computers?

Many of our players are ex-casino staff. And many of them know other casino staff and so on. So what do casino staff say about computers and how do they feel about them? . . . Simply that they know they exist and are being used, but they are rare enough to not be a serious issue (yet).

In other words, the casino staff know all about them but also understand no matter how a player may win, the casino’s best course of action is to simply be aware of such players, then apply countermeasures as explained in the previous issue. The perfect “countermeasure” to combat roulette computer players is for the casino to call no more bets earlier in the spin. This way the player doesn’t have time to measure the ball and rotor speed and then bet. But players can win a considerable sum before they are even noticed.

While betting after ball release is not at all uncommon, if you do it on every spin and win very often, this is a dead giveaway. So you don’t do it on every spin, and can remain undetected. Basically most casinos allow no more bets well after ball release. They do this because it speeds up the game and ultimately means more bets on the table, and more money for them. So it is standard casino procedure to allow late bets. But if a player is winning significant amounts with late bets, the casino can simply call no more bets earlier until the player loses or leaves. Then normal procedure can resume once the player has left. There is no banning, no bashing – just plain countermeasures. Again this is the reality IF a professional player is detected. So emphasis is on avoiding detection in the first place, and it is very easy even if you are betting late in the spin – you just don’t do it on every spin.

There are numerous roulette computers you can purchase, but most are either a scam or very simplistic. A simplistic roulette computer is no different to the free visual ballistics technique that this course explained. That’s because they do virtually exactly the same thing. So when roulette computer sellers try to tell you their devices are space-age NASA technology, it is just them trying to sell a product.

Despite roulette computers being legal in more than enough jurisdictions, they still take “balls” to use. Usually it is a little scary using them the first few times, but eventually it becomes very comfortable and you come to realize the casino staff are unlikely to do anything more than merely suspect you, and apply countermeasures. It’s a lot better than a 9-5 job for 30 years to pay a mortgage. If you have the “balls”, it is likely the easiest way you’ll ever find to make money.