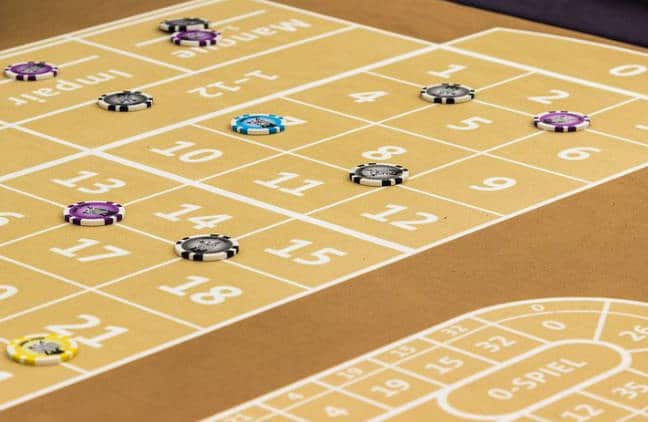 Most new roulette players begin with much the same roulette systems and strategies. Probably the most common is the Martingale, which is basically doubling bet size after losses. This website extensively explains why such approaches lose, and specifically which approach is the best way to play roulette.

As you become a more experienced player, you may begin to understand that changing the size of your bets has two possible outcomes. Firstly, you might win big and end up profiting for the day. Alternatively, you might lose big. This is gambling in every sense of the word. It is not professional play. If a system does not win with flat bets, it will not win with betting progression such as the Martingale.

It seems the matter how much I try to explain the basics of any gambling game, the majority of players don’t understand why a system will lose. Or perhaps they find facts inconvenient. The best way of playing roulette is actually rather logical and simple, but I’ll explain more about it later.

Here I will explain the latest gambling fallacy I read on a gambling forum. It is by no means a new fallacy, but it’s one of them circulating on forums.

The system designer claims his system is absolutely guaranteed to win. His reasoning for this is because if you consider 37 spins on the European wheel, you will never see 37 independent numbers. Basically he means you will never have every number spin once each in 37 spins cycle.

He is probably right about that. But what the system designer doesn’t understand that any combination of 37 spins is just as likely as another. His critical mistake is thinking a pattern in his mind is not necessarily a pattern in reality.

A slightly different sequence may be as below:

It may look slight more “natural”, but again it is a combination of numbers with the same probability as any other combination.

If you need proof, use a simple random number generator. Verifying these facts is incredibly easy for a statistician. But unfortunately, the majority of players on gambling forums at incredibly inexperienced. There are very few gambling forums that are attended by experienced players, with one notable forum being www.casinoplayer.pro.

Can you win based on what happens over numerous spins?

An inexperienced player may believe they can win by betting on something that is likely or not likely to happen over numerous spins. A classic example is by tracking the number of reds and blacks, then betting on whichever color has spun least. The expectation is that eventually the colors will balance out over the long-term. It is true that generally the greater the number of spins you have seen, the more balanced they will become. So if you observed say 100 spins, you may find a significant imbalance between red and black numbers. But if you observed 10,000 spins, you are likely to find the imbalance is smaller. But this is not the best way to play roulette. You aren’t going to win this way because all that matters is the next spin. And knowing the previous spins does not change the odds of the next spin. So you could have 10 reds in a row, then bet on black, but the odds of red and black are still the same as any other spin. Thinking otherwise is probably the most common gambler’s fallacy.

The best way to play roulette

I said above that the previous spins do not change the odds of following spins. This is absolutely correct, but previous spins still offer clues as to future spins. The problem is almost every player goes about it all wrong. They do not consider the true variables that determine the winning numbers. For example, a player may consider a variable to be the amount of red or black numbers in the past 100 spins. This is not a variable at all, unless you are specifically checking for roulette wheel bias (in which case the color that had spun most is more likely to be biased).

An example of a valid variable is the rotor speed. Another is the type is the ball. And another is the air humidity. These are real physical variables that contribute to the winning number.

Any roulette system that works takes into account the real physical variables. Again with the exception of roulette wheel bias, any statistical imbalance (of something like the ratio between red to black numbers) is irrelevant. It is not to say that you can’t beat roulette without statistics. But statistics alone has absolutely no bearing on the winning number. If you want to predict the winning number, you must directly consider the variables that determine where the ball will land. It is not as complicated as it may seem. Most players do not understand this is the only way you can win a roulette.

You could consider statistics to be like a story about someone’s life. It is a story of what happened. But just because something happened to one person, it doesn’t mean it will happen to another person. The only time there will be common occurrences is if specific variables cause a specific outcome.

Beating roulette is not as complicated as you may first think. It simply takes an understanding of the variables that determine the winning number, then identifying how the changing of those variables will affect the outcomes of future spins. It is done with a statistical analysis, but the mathematical sums behind it are with an accurate model of the physics involved. If that sounds complicated, basically it means using correct understanding of roulette wheel physics.