What Time Of Day Do Casinos Payout The Most? 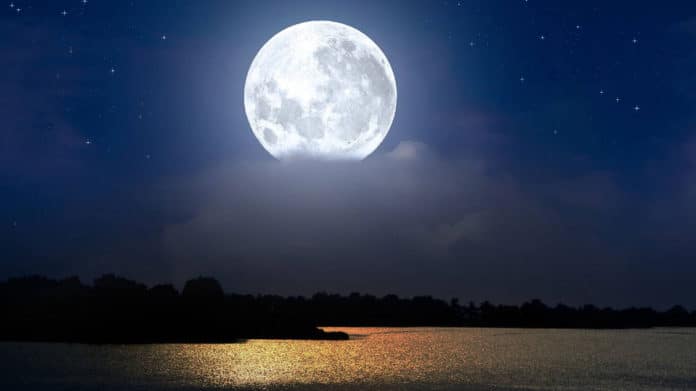 Is there a time of day, month or year when winning is most likely? The answer may surprise you. It’s not as random as it might appear.

If specific times of the day were more profitable to play, it would make sense to play those times – at least if you relied more on “luck”. Most so-called professionals would tell you the time of day makes no difference. They would say it’s all random. But studies have indicated that’s not entirely true.

It initially sounds ridiculous, I know. But I’ve been in the casino industry for over 20 years, and know there might be some truth to it.

An Independent study in Las Vegas indicated a full moon may give players a legitimate edge.

One independent study appeared to indicate that players had a statistical edge of 2% during a full moon. It didn’t apply universally to all games though. And unfortunately, it’s mostly just hearsay. And there isn’t a lot of data to substantiate it. Or at least not data that is available to the general public.

The problems with the claims as I see it are:

There’s more missing data, but the claim of 2% edge isn’t realistically substantiated. There are just too many potential problems with the data.

If the data accurately represents reality, then a 2% edge is enormous. You will find that every casino, including online casinos like ones listed at NorskCasinoHEX.com, the payouts for particular casino games are much the same. So whether you play roulette online or it real casinos, the advantage casinos have over you is the same. The average house edge of a casino game ranges between 1 to 5%.

My Own Data From Two Different Casinos

I’ve been fortunate enough to be in contact with all kinds of people in the gaming industry. Although they may be considered the enemy of professional casino players, I have come to know owners of two particular casinos. I have in no way assisted them in identifying users of my techniques or technology. But we have collaborated in other areas.

In one such case, I agreed to conduct the statistical analysis of information they provided. I won’t disclose exactly what they asked me to look at, except to say they suspected their staff of colluding with players, to cheat the casino owners. It was not something I was paid for – I agreed to have a look, because I was interested in the data for other reasons. These were only comparatively small casinos that have approximately 200 players in the casino at peak times.

Ultimately I found only the possibility of staff collusion. However, it could have easily been due to statistical variance, and the data wasn’t detailed enough – so the results were inconclusive. My advice to them was to better observe staff they suspect, and implement more robust procedures.

Recently I correlated the data to the full moon cycles, and found that both casinos did makes slightly higher payouts as full moon approached and arrived. This included nine months of data for one casino, and seven months for the other casino.

the data supported claims that moon cycles are in some way connected to casino payouts. But it’s far from conclusive.

How on Earth Could Moon Cycles Affect Casino Payouts?

Really it’s anyone’s guess, although I have my own theories.

I’m guessing that the cycle or stage of the moon is somehow a precursor to a cycle that affects the accuracy of precognition. Who knows, it may even somehow be related to subtle effects of telekinesis.

If you really think something like precognition is against the laws of science, then you don’t know the laws of science. Precognition does indeed appear to be reality. I understand that some people have opposing viewpoints, and may ridicule what I’m saying. To which my response is simply do your own research. It’s actually quite clear, but you need to sort through the piles of nonsense to find credible substantiating information.

When it comes to times of day and moon cycles, the only way to know for sure is with more detailed data. But generally the casino and gaming industries don’t think much of paranormal abilities. So they aren’t likely to look at cycles of the moon any time soon. At least not in any serious way.

If any casino owners or gaming consultants wish to share information, I will gladly take a look, and share my findings with you. But I’ll need more than just list of the profit and loss balance sheets for each day. Detailed requirements for the data are shown below:

Of course I would sign nondisclosure agreements, although understand I have no interest in sharing your private financial information with anyone.

Moving more towards the realms of known science, we have advantage play. Advantage play is basically what we already know works. In the case of roulette, it includes techniques such as visual ballistics and bias analysis, although there are several other known professional techniques.

The main factor that determines how much a team can win is casino surveillance – because no casino will tolerate a consistent winner, once they are detected.

Another consideration for advantage players is frequency of games. In a busy casino, the roulette spins are infrequent. And the less the wheel spins, the less the team earns.

How Do You Win at Roulette Every Time?