Beating roulette isn't particularly difficult. So why does almost everyone lose? 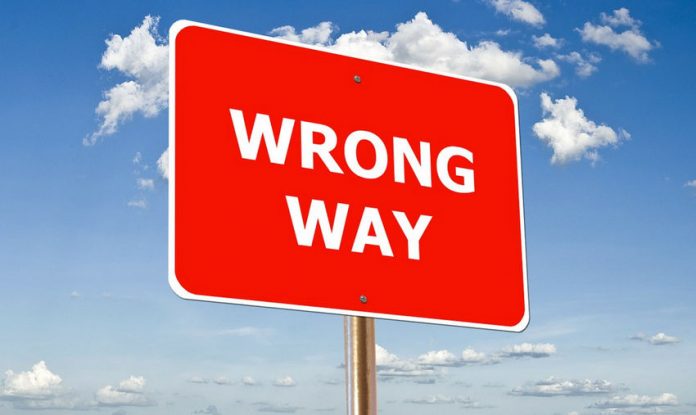 I’m going to explain the primary reason that gamblers lose. Some would call it a secret, and others would call it commonsense. It’s IGNORANCE.

If you are serious about succeeding at any kind of gambling game, read on. If you are ignorant, you have probably stopped reading.

This page wont reveal a roulette strategy that will make you millions. But it will explain one of the underlying principles that determine success or failure. It also explains how you can overcome it. The article wont directly make you be less ignorant. Only you can do that. The article will hopefully help you understand your chain of thought. And because you’ll be more aware of it, you’ll be better able to change it.

Over the ages, there have been many very wise and intelligent individuals. I’ll call your attention to two in particular, which are Gautama Buddha and Nicola Tesla. These are two very different people. Tesla was a scientist, and Buddha was a spiritual teacher.

But despite their differences, would their philosophies be different when it comes to ignorance? After all, ignorance is a attribute of humans. And both Tesla and Buddha were human. And in my view, science and spirituality are one of the same thing. They are just different expressions of the same thing we call “reality”.

Let’s consider what each of them said about ignorance:

“Ignorance is the greatest evil” – Buddha

“Of all the frictional resistance, the one that most retards human movement is ignorance, what Buddha called “the greatest evil in the world.” The friction which results from ignorance can be reduced only by the spread of knowledge and the unification of the heterogeneous elements of humanity. No effort could be better spent.” – Nicola Tesla

Yes, Tesla quote Buddha. Buddha’s version was simple and direct. Tesla’s quote was a much longer version of the same thing. Tesla’s quote is an extract from his paper named “The problem of increasing human energy”.

In case you didn’t already know, Tesla was probably the greatest genius of the modern world. His primary goal was to empower the human race. Among other things, he aimed to develop “free energy” for the world, and increase human consciousness. He wasn’t just the guy that developed AC technology. But anyway, you’re probably not interested in all that. So I’ll get to the point.

Gamblers would say they want to win. But usually they don’t do what is required to win. You’d think people do whatever is required to win, but it’s not the case. I don’t fully understand it myself. But I’ve seen ample ignorance on my roulette player forums. Below are what I think are the typical reasons for ignorance:

Wanting a Simpler Way To Win

Not everyone wants a challenge. Easy money sounds great. Unfortunately the methods that do beat casinos aren’t so simple. They require time and effort. Ironically, the time and effort losing players put into applying systems is not as different as you’d expect. For example, a typical losing player may sit at the table for many hours. A professional visual ballistics player may only spend 60 or so minutes, and be more likely to profit than lose.

A lack of education may not be a cause of ignorance. But it’s certainly a cause of loss. Anyone can educate themselves if they take responsibility for themselves.

This is related to wanting a simpler way to win. But it’s not exactly the same thing. Most people will look for the easiest way to do something. I’d say that’s the smart thing to do, unless you’re so smart that you love the challenge. Many people are lazy and don’t care enough to seek the truth. The truth is often inconvenient. A lazy person will overlook things that are too difficult, and focus on something easier – even if it doesn’t work.

One example is I always tell casino players when searching online casinos to play, check newest roulette online at new-casinos.uk. Also make sure the reviews are credible. This takes more work than most people like. Most reviews are honest and factual. But some are also dishonest with manipulative information.

Often to determine the truth about matters, you can’t rely on surface material. You need to dig deeper. From my own experience with business competitors seeking to discredit me, I know most people only read the bold headlines before making up their mind. They rarely bother to look at the details. But at least in my case, the people I deal with are intelligent enough to understand the motives of businessmen who attack competitors.

A poor education doesn’t just mean no education. If someone is taught incorrect information, they’ll tend to hold that belief for some time. Most people don’t easily change their minds about something. It usually takes something prominent and obvious.

This is known as confirmation bias. Basically when people believe something is true, they tend to twist any information to match their belief. One example in roulette is consider a player that developed a system based on streaks of red and black. They may witness a run of 10 reds in a row, and profit. They may see this as confirmation that their understanding of streaks is accurate. The reality would be the sequence of reds is normal roulette wheel behavior.

There are many causes of ignorance. Usually it is not a matter of “intelligence”. It appears to be more a matter of attitude. Probably the best way to sum it up is:

My advice to overcome ignorance is: