The closest you'll get to a system that's 100% guaranteed to win. 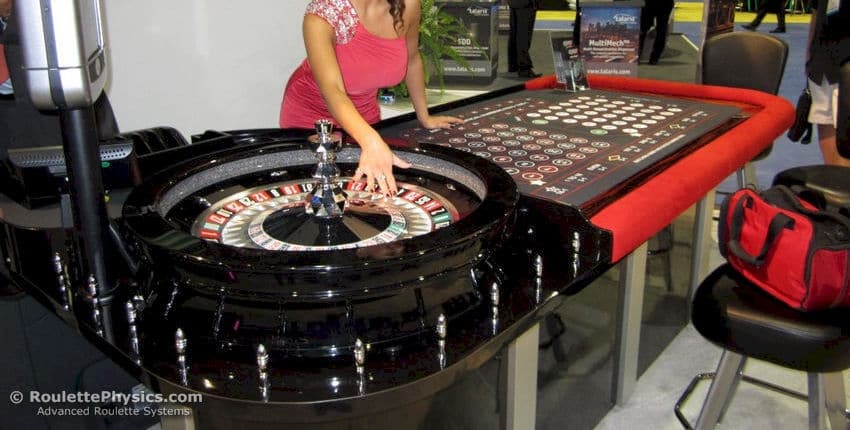 Roulette, the king of the casino games. Watching the wheel go around, the anticipation of the ball drop, and the bounce of the ball. It all seems so easy, but then…crushing defeat. How could the ball land on red, again? Don’t the odds say that the ball shouldn’t land on the same color 8 times in a row?

Misconceptions about the game of roulette are as old as the game itself. Mathematical formulas, betting strategies, and money management systems, each one guaranteed to beat the system. Each one..failing. Despite the claims made by their proponents, a little research will show that there are only two ways that have been successful in beating roulette: cheating and science.

Science, on the other hand, is perfectly legal and has an even better success rate than cheating does. You may be wondering, if science is so successful at beating roulette, why have we not heard about it. Actually, we have. The sure fire way to win roulette has been known and used for centuries. It has been used to break the bank at casinos from Monte Carlo to Las Vegas.

Two of the most famous examples of science beating the roulette wheel took place in Monte Carlo and the Ritz Casino in the United Kingdom. In 1873, Joseph Jagger took readings off the wheels in Monte Carlo. He determined that one wheel had a very slight tendency to hit in a range more than others. The slight wheel bias gave him the added odds he needed to take the casino for between $4.5 million and $7 million in today’s money.

In 2004, three eastern European gamblers took the Ritz casino in the UK for over a million pounds by using phones and a laser pen to calculate the spin speed of the wheel and the estimated ball drop. They were investigated for cheating by Scotland Yard but were eventually allowed to keep their winnings.

In 2014, Laszlo Kovacs took the Star City casino in Australia for almost a quarter million dollars before he was escorted out of the casino on suspicion of cheating. He was allowed to keep his winnings.

Why Science is the Sure Fire Way to Win Roulette

There are many more people who use science to beat roulette every day. The reason you don’t hear about them is because if the casinos know you are targeting their wheels, they will ask you to leave or even ban you. Part of the secret to the science is not just knowing how to win, but how to disguise your bets and win smaller amounts over a long period of time.

Roulette is a game based on a spinning wheel, a spinning ball, and gravity. These are the very concepts the science of physics is used to study and predict. By determining the speed of the wheel and ball, players are able to predict the general area of the wheel the ball will fall with an increased accuracy. The standard house advantage on a European roulette wheel is just 2.7 percent. The house is favored so slightly that even a slight advantage can create a huge difference. For example, if you were able to consistently increase your odds of hitting a number from 2 out of 72 spins to 3 out of 72 spins, the house advantage disappears and you actually have an edge (that at 35 to 1 will lead to significant winnings). This is a sure fire way to win roulette.

Granted, it does not do much good to know what the sure fire way to win roulette is if you don’t know how to use it. The easiest way to explain it is to say that you need to learn how to find the wheel bias, track the ball speed, or determine the ball bounce. You can do this by eye and practice, but there is an easier way.

Roulette software can take the data from roulette spins and calculate the probabilities for you. This requires collecting data of 100 spins or so and entering the data into your software after you “go out for a bite to eat” or take a bathroom break. The computer software will tell you if a bias or pattern has been noticed, if they have determined where the ball will land when released upon certain numbers, or based on the spin speed. Upon returning, this sure fire way to win roulette will help you increase your bankroll.

Going up another step from roulette software is the roulette computer. The computer can analyze data right at the wheel and feed you predictions through an earpiece. The computer is an highly accurate way of predicting outcomes and can beat most wheels. The only problem with computers is that many computers have rules against them and the ones that don’t may still kick you out if you get caught using one. It is a sure fire way to win roulette as long as you don’t get caught.

In short, physics is a sure fire way to win roulette and there are several ways you can use it to beat the wheel. The real secret is consistent play over time while being sure not to get caught using your advantages.