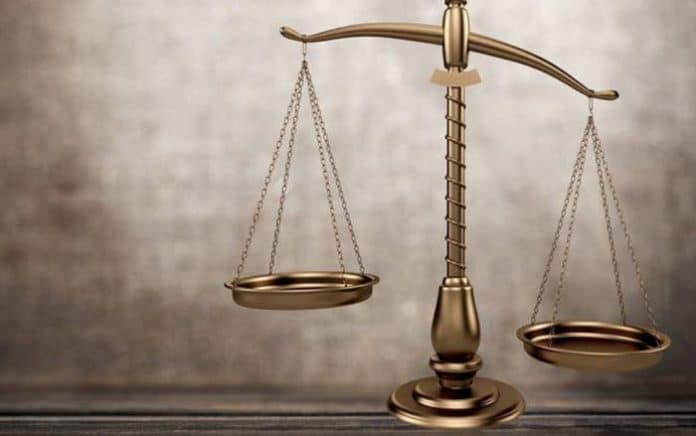 By the legal definition, cheating at roulette relates to unlawful methods to win. These can land you a prison sentence. But there are several “legal ways to cheat roulette”, and it is impossible to be charged by police with such methods, because you aren’t breaking any laws. By saying “legal”, I mean the methods aren’t specifically illegal, but the casino will ban you if they catch you.

Firstly understand that gambling law differs between different jurisdictions, and gamblnig law is state-based. So even in the same country, what’s legal in one state may not be legal in another, and vice versa.

An example of legal and illegal cheating

In some states, cheating is defined as any method that alters or influences the outcome of a game. For example, using magnets to influence the winning number is clearly cheating. But if you use technology to merely predict the winning number, without influencing where the ball will land in roulette, then this isn’t cheating. Of course it depends on what the laws actually specify, or define as “cheating”. With this particular example, around half the jurisditions state you can’t influence the winning number, but not that you can’t merely predict it. This means often devices such as roulette computers are legal.

Does it mean the casino will allow you to use them? Certainly not. Because the casino is private property, and they have their own in-house rules, and they can ask you to leave for any reason they want.

The exception is casinos that are owned and run by the government. I wont go naming specific jurisdictions, but such casinos are forbidden from excluding anyone, unless there is good legal cause. So in such casinos, you can’t be banned for using something like a roulette compter that merely predicts spin outcomes. And you can’t be charged with a criminal offence.

It sounds a little too good to be true, but keep in mind no casino will ever tolerate a consistent winner. Decades ago when a particular professional player was winning hundreds of thousands all legally, the casino tried many things to make him lose. They tried moving wheels, speeding up spins and more, but it made no difference, besides a minor inconvenience. As a last resort, he was physically ejected from the casino. He then took the matter to court, and won. The casino had no choice but to allow him to play. Eventually though, they figured out how he was winning, and made his techniques too difficult to apply. So he had no choice but to play elsewhere. But since his name became widespread, he found it increasingly difficult to win without heat from casino staff.

This is just an example to highlight the fact that legal or not, casinos will do whatever they must to stop you from winning. They can’t profit unless most of the players lose. And they certainly don’t want some loose cannon player winning huge sums.

The illegal methods: How to cheat a roulette wheel

Wheel gaffing: This is basically modifying the wheel to make spins more predictable. It is illegal everywhere, except on casino cruise ships that are in international waters, where there are no gaming laws at all. A good example of this is loosening parts of the wheel so that the ball bounces less in specific areas. This creates a “deadening” of bounce, and it leads to wheel bias, where specific numbers will spin more than others. Normally a casino’s automated software will detect this bias, but only after thousands of spins. If you know where the deadened area is, you will be able to take advantage of it before the casino knows.

Magnetic balls: There have been very rare incidents where a magnetic ball is somehow swapped with the real ball. Then it’s behavior can be influenced with magnetic pulses. When I first heard of this, it seemed a little unlikely but was actually true, and I was contacted by a team that had done it for some time. They didn’t use actual magnets, otherwise the ball would stick to ordinary metallic objects. Instead, the ball contained a special coil with diodes. When the ball fell onto the rotor, the user would observe where they expected it would land. If it was expected not to land in the area they bet in, two parts would be activated. The first part would use magnetic induction to create an electric current in the ball’s coil. And another component would push the ball away from the wrong area to the area the players bet in. All this happened very quickly, so that it did not cause noticable interference with the casino’s electronic systems. Another team using similar equipment were caught, although not the player(s) I came to know.

These methods are legal in some jurisdictions, and illegal in others:

Roulette computers: These are predictive devices. They don’t influence the winning number. Seewww.roulette-computers.com.

Wheel clocking: There are a few different meanings to the term “wheel clocking”, but it is not exclusively used for “taking timings” of the wheel and ball. Some such methods do use electronic devices to store data that would otherwise be too difficult to manage without electronic devices. Some gambling law is specific to the point where it will state electronic devices are forbidden, for the use of storing or projecting game outcomes. Around half of the gambling jurisdictions have such specific laws.

How can you cheat at roulette online?

If it is RNG (random number generator) roulette, then this isn’t real roulette. It’s a slot machine with computer animations of a roulette wheel. And you can’t beat slot machines, that is without actually interferring with the mechanical operation of the machine itself.

Can you cheat online roulette?

If you can’t access the wheel, then your options are fewer, but you still do have the option of roulette computers. But because of what we’ve done to online casinos that allow late betting, now most online casinos call no more bets much earlier. Still though, other methods are suitable for online roulette. But I’m referring to online roulette only where real wheels are used.