Is a Short-Term Winning Roulette System All You Need? 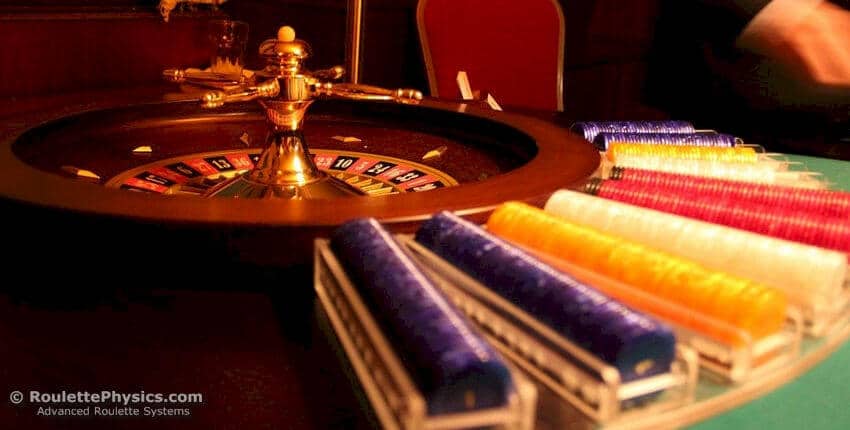 What’s the best long term roulette strategy? Many players believe they wont ever play over 10,000 spins, so they don’t need a long-term winning system. You should start by familiarizing yourself with the basics of playing roulette.

It’s very easy to design a roulette strategy that will usually profit “most of the time”. For example, just bet 30 numbers for 1 spin, and you’ll win most of the time. So you could say this is a “short term winning system”. A player that uses such a system may brag to friends that they win most of the time. But if they repeated the process numerous times, eventually one of the wrong numbers will hit, and they will lose a lot. This example is just to make a point that winning “most of the time” does not mean you will profit.

Most systems use the same losing approach, but in a roundabout way

The average roulette system uses complex forms of the same thing. For example, the system may require a bet on 32 red, but only when:

a. There have been no reds for 5 spins in a row, and

b. A column hasn’t spun in the past 5 spins, and

c. An even number hasn’t spun in the past 5 spins.

This is just an example but in this case, this system wont work because none of these independent events increase the accuracy of predictions at all, so no combination will either. But the example illustrates that a system can be highly complex, but in the end almost all systems have the same kind of approach in roundabout ways. Yet the player may be convinced they’ve stumbled onto a secret combination and set of rules (the system) that works.

A profit and loss comparison

Some understanding of roulette odds will help here.

Let’s say you had a short-term winning system. That’s a system where you will win your target amount, then leave. Now say if 1,000 other players all line up behind you, and applied the same short-term system after you left. The chances are most players will win, and a few will lose. Let’s say 900 players won, and 100 lost. So the totals may be:

From this you can see the 100 players each lost a lot more than what each winning player won. Yet “most” players won.

Is your system any different?

If your system is something like “bet red, and increase bet size after a loss”, then you probably just started playing roulette. Learn about the best red black roulette system and understand what can and cannot be done. For people who have been playing roulette for years, their system is much more complex and involves a more intricate set of procedures, without an understanding that they do not at all increase the accuracy of predictions, or profit. Certainly there are systems that can profit after even 100,000 spins, but with the following reservations (one or more of the below):

a. Usually a negative progression is required, where you bet less as your bankroll depletes: such systems can enable you to stay at tables for a long time.

b. Progression is used, where good luck can give enormous wins. But bad luck can completely wipe out your bankroll. This is a very common losing roulette strategy.

c. The bankroll is sustained by relatively few but large wins. Even over 100,000 spins, there may have been just 50 lucky wins when you were making very large bets. 50 spins is short-term, and anything can happen in the short term. For example, if your progression (bet size after losses) was 1,2,4,8,16,32, then back to 1 unit after a loss . . . and you won while betting 32 units, this is very lucky and will help sustain your bankroll. but if you consider how often that big lucky win occurred, you’ll better understand it really was just luck. You can tell this is the case if your bankroll trend has relatively few but very large “ups”.

Again it’s very common for a player to have a “short term winning system”. In fact it’s very easy to have this and most players initially assume they have a no lose roulette system, until they test it (learn how to test your roulette system). When I started playing roulette, I was happy doubling my money with a simple dozens progression system. I too thought I would keep profiting if I only played short term. Eventually reality hit me and I lost big, and understood I really knew nothing. All I was doing was making separate different sized bets. There was no connection from one spin to another. So I was simply varying bet size, nothing more.

Literally I have been developing roulette systems and technology for around 20 years. There was even a period of about 5 years where I would work on systems almost every day. It was not so much an obsession – it was more a hobby and passion.

If you think you have a winning system, although it only requires you to win in the short term, consider the following:

1. What if 1,000 people all applied the system in the short term? Would the overall amount won exceed the overall losses?

2. How would 1,000 separate players playing 1 session each be different to you playing 1,000 sessions?

3. If your system has won over 10,000 or so spins in tests, were the wins the result of “lucky wins” when your bets were large? And can you repeat the success over multiple groups of 10,000 spins?

4. If you run profit/loss simulations by just betting red over 10,000 spins, how often will you have profited? And does a profit indicate this system works, or merely profited in the test?

Casinos know how players are beating roulette. They know what roulette strategies do and don’t work. I personally know many casino staff, and none are aware of any case where a consistent winning player used anything other than a method based on roulette wheel physics. I’m not saying such a method doesn’t exist, but I don’t believe it has been done, at least yet. The roulette strategies that actually work, and are known by casinos to work, involve roulette wheel physics.

While I try to inform players why a method will likely fail, and how to test their systems properly, most players don’t appear to understand. Because if they did understand, they wouldn’t produce systems that are essentially the same, just repackaged in a different way.

My method of approach is physics, because I know it works. It literally pays my bills. But I’m not saying this is the “best” way. Although it is the “best way I’ve found” so far.

If you are developing roulette systems . . .

Understanding why most players lose is important to learning how to win at roulette. If you are working on your own roulette system to beat roulette, I suggest first understand the basics. Literally it took me years to understand why my initial roulette strategies were all the same nonsense that failed. And when I came to understand that I needed to actually increase the accuracy of predictions, I still didn’t accept it for some time because it didn’t “suit” me. I wanted something “my way”. I wanted a purely mechanical system. After all it needed to be clean and simple. It was not until some years later that I developed my JAA wheel analysis software which makes complex physics-based methods simple and practical to use.

But if you are looking beyond physics, technically it isn’t really possible because everything is explained with physics. But at least focus on developing new and innovative ways to beat roulette, which are centered around predicting the winning number. Some of what I’ve tested includes precognition methods (involving many participants and the “majority vote” method), and although initial trials were promising, I haven’t had time to pursue the research.

In short, learn to identify when your system is the same thing repackaged. And try something NEW!

Ultimately what is best long term roulette strategy? It depends on where you play, because there isn’t a particular system that suits all wheels. Once you understand the capabilities of each approach, you can identify the best long term winning system to use.