How to Win Real Money with Roulette 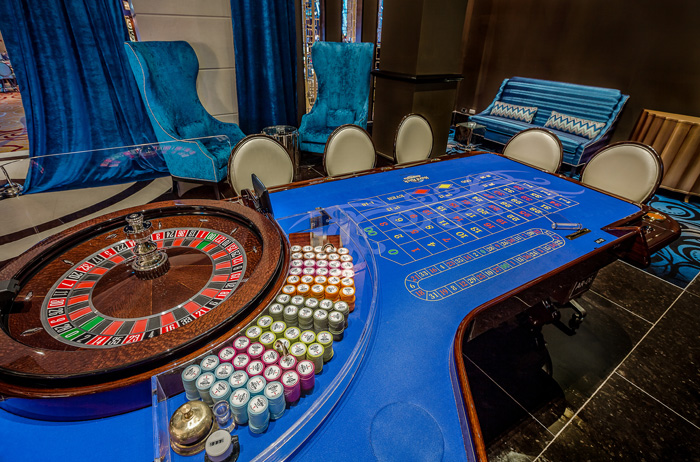 Most people enter a  casino with the dream of hitting a jackpot and leaving with a fortune in winnings. Granted, most of them would settle for leaving without losing their shirt. Others, however, enter the casino several times each week without fantasies of instant riches, but with the very real expectation of leaving with more money than they came in with. Some of these people are professional poker players, others are card counters, but a good number of them are part of a growing mass of people around the world who have learned how to win real money with roulette.

The basic rules and procedures are explaining on the page about how to play roulette. Before you are ready to break the bank, you need to understand a few of the finer details of the game. For example, there are two main wheel setups: American roulette and European roulette. Both roulette forms use 36 numbered slots with an alternating red/black pattern. Both use a basic non-linear numbering pattern with no consecutive numbers near each other. The main difference on the wheel is found in the green slots.

As the spin slows and gravity causes the ball to drop, it will hit one of the numbered and colored slots, bounce a couple times, and come to rest on a number. If you placed a bet on that number or color, you win.

Understanding how to win real money with roulette is not about learning fancy betting strategies, but it is important to know the basics. Bets are placed on a board with the same basic composition of the roulette wheel: alternating red and black numbers from 1-36 and a green zero (add a double zero on an American roulette wheel). The numbers are aligned in 3 columns of 12. The number grid is used to place “inside bets” or bets on specific numbers or combinations of numbers. Outside bets are placed on areas of the board outside of the number grid: evens, odds, red, black, numbers 1-16 or 17-36, bets on the greens, and bets on entire columns or rows of numbers.

Inside bets can be placed on individual numbers or on the lines that connect them. If a bet is placed on a line between the two numbers, both numbers are bet. If the bet it placed on the intersection of two lines, all four numbers that form the corners of that intersection are bet.

What Does Not Work

Remember, understanding how to win real money with roulette is not a secret. If somebody tries to sell you a secret system, you can be assured they are little more than a snake oil salesman with a re-packaged and re-branded math trick that has been around for hundreds of years. The problem with all of these math tricks and systems is that they don’t work. For math systems to be effective, there needs to be a cumulative effect that increases your probability with each spin. Kind of like putting numbers in a hat, the more numbers that are taken out the greater the chance that your number will be drawn next. Roulette is not like that. Each spin is entirely independent of all spins that are before it and will not influence any spins after it. The odds of spinning a certain number or color are mathematically identical each and every time the wheel is spun regardless of past outcomes.

You will not learn how to win real money with roulette by investing in money management systems, either. These systems may allow you to play for a longer period of time, but in the end the house is going to win. Even the most time-honored and tested systems like the Martingale and Grand Martingale are going to fail you eventually. The reason these systems won’t work is not because the math is wrong, but because the casinos have put safeguards in place to ensure they will not work. To beat the Martingale, the casinos have placed bet limits so that, in most casinos, you cannot up your bet to cover your losses past the seventh or eighth losing spin.

If you want to learn how to win real money with roulette, look past the math to the science. Roulette is a game of physics and using the predictive capabilities of science, you can increase your odds and beat the wheel. After all, the spinning wheel, the spinning ball, gravity: these are all the very things that physics is used to study.

Granted, the casino is not going to let you measure and time their wheel, weigh their balls, check spin velocity, and so forth. The good news is that you don’t need them to. With a few lessons, a little knowledge, and some practice, you can make these calculations off of your own observations during standard gameplay. You will be able to tell which wheels can be beaten and which are not worth playing. Even better, with software support, or even a roulette computer that makes the calculations for you, your accuracy is increased while the time it takes to make the computations is decreased.

Once you learn how to win real money with roulette using roulette physics, you will be able to walk into any casino in the world, or online casino with real-time video links, with the expectation that you will be leaving with considerably more money than you started with.

Mention the most popular games in the casino, and roulette will be on the top of the list. The game has amassed a large...
Read more
Basic Roulette Tips

Are there really secret patterns in roulette spins? Yes, but it depends on your knowledge and understanding of roulette. Because the patterns might be...
Read more
Basic Roulette Tips

A Barebones Guide To Roulette

Roulette is an immensely popular casino game all around the world and has stuck around for hundreds of years. The name comes from the...
Read more