How to Win Big at the Casino 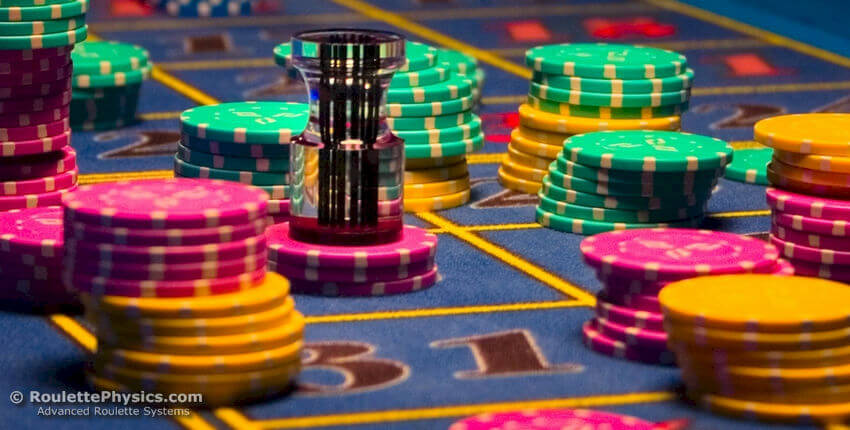 If you want to know how to win big at the casino, you have to start with a basic knowledge of roulette’s rules. Most every book written on casinos will tell you to avoid the slot machines. There are also a number of other games to steer clear of: Three-Card Poker, Let it Ride, Red Dog, Caribbean Stud Poker, Big Six Wheel, and Keno. The best games are considered poker, blackjack, and certain craps bets.

If you noticed one of the most iconic games in the casino is not on this list: roulette. It is a very easy game to play. See our guide explaining how to play roulette. Most American books will place roulette in the never play category because it comes with a house advantage of 5.26 percent and there are no cumulative effects of gameplay that can increase your odds of winning like there is in blackjack or poker. European books will place roulette on the “should play” list despite the lack of odds control since a European wheel only comes with a 2.7 percent house advantage, just slightly more than a blackjack game.

Each of these books is assuming one thing, however. They are assuming that the odds on roulette cannot be altered. If they could, then every ” how to win big at the casino” book would have roulette at the top of the “must play” list. Lucky for you, there is a way to adjust the odds of roulette in your favor. As a result, if you really want to know how to win big at the casino, the answer is simple: play roulette, but make sure you learn to play using physics to increase your odds of winning.

Most people think of roulette in one of two ways: a game of chance or a game of math. If you are simply spinning the wheel and letting the ball land where it may, then it truly is a game of chance. If you have an endless bankroll, and endless amount of time, and there are not table limits on bets, then roulette could be a game of mathematics. The problem with both of these scenarios is that you end up losing because luck eventually runs out and there are table limits that kill math strategies even if you do have an endless bankroll and vast amounts of time.

What Roulette Is Really About

What people don’t stop to think about is that roulette is also a game of science. It is a spinning wheel and ball with measurable velocity and speed, gravity, and ball bounce. These are the very things that the science field of physics is used to study. By collecting data on these variables, you can accurately predict where the ball will end up at a rate that is high enough to dramatically increase your odds and beat the wheel.

Remember, however, that you wanted to know how to win big at the casino, not how to perform a magic trick. Science does not use a magic wand or secret recipes. It involves collecting data, making calculations, and acting upon your data. If involves doing your research and practicing. And, then, it involves putting in the time to make it pay off. With just 20 hours or so each week, you can have a very lucrative career playing roulette, but you have to put in that time and effort.

With so many people giving false advice on how to win big at the casino, you are probably wondering if this is a bunch of nonsense. The truth of it is that science has been used to beat casinos for hundreds of years. While most of the people that do so keep it low key and win smaller amounts of money over time, others have taken the risk and gone after the casino with their new-found edge. The problem with this tactic is that once you are discovered, the casinos are not going to let you play anymore, so you better make your time at the wheel count.

The Players That Won Fortunes

Unlike other methods of gameplay, these are not wild claims that are unverifiable. These are names that are legends in the casino world and inspirations for those who want to use their roulette strategies, minus the getting caught part, of course. The most famous of all the science-based winners was Joseph Jagger who is known as the “man who broke Monte Carlo”. His take is estimated to have been between $4.5 and 7 million in today’s money. The Pelayo family took Spanish casinos for millions in this century, a team of eastern Europeans took the Ritz casino in the UK for over a million pounds last decade, and just in 2014, Laszlo Kovacs was on a hot streak in the Star Casino in Australia when he was kicked out for using a computer to help him with the calculations. These were people who knew how to win big at the casino and put it into practice.

In short, there are many people who know how to win big at the casino using science. Using the principles of physics, they are able to live the life they love and earn a great living doing so.

Mention the most popular games in the casino, and roulette will be on the top of the list. The game has amassed a large...
Read more
Basic Roulette Tips

The Secret Patterns in Roulette Spins

Are there really secret patterns in roulette spins? Yes, but it depends on your knowledge and understanding of roulette. Because the patterns might be...
Read more