Double, Single, or No Zero: Which Roulette is the Best? 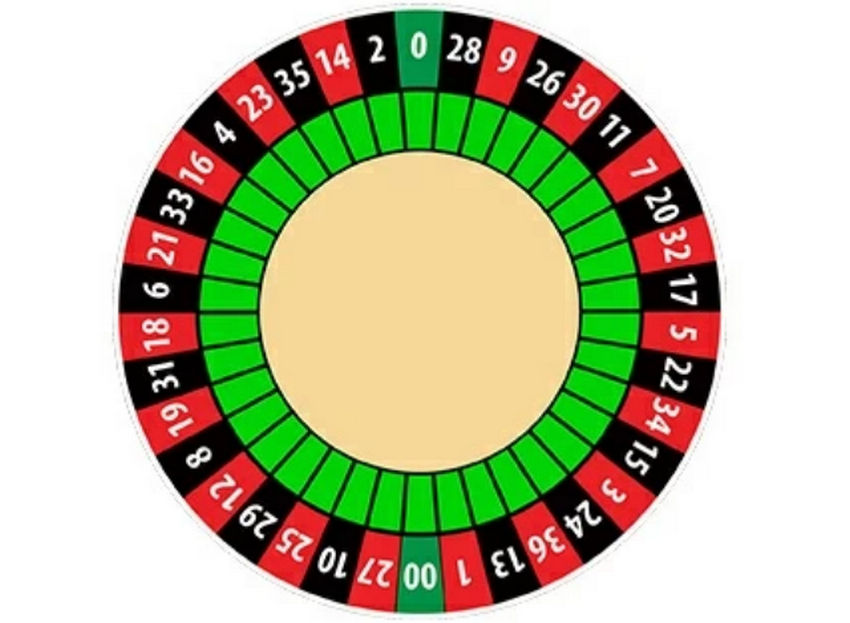 Roulette has been around for centuries but, since its inception, the playing table has changed significantly as it has moved across continents and into the digital realm.

In its current form, the roulette has been found to have been played since 1976 in Paris. At the time, the game didn’t feature a ‘0’ and only had the range of 1 to 36 with outside bets. Then, in 1842, Louis Blanc added the ‘0’ to the wheel and table so that a house edge could be established, as recorded in Cătălin Bărboianu’s book Roulette Odds and Profits.

The game of roulette was then brought to North America in the 1800s, at which point hosts devised the new wheel with a ‘0’ and a ‘00’ pocket to further enhance the house edge. There have been many American variants of the classic table game, some of which included numbers 1 to 28 and others that had an eagle pocket.

Now, when playing roulette games online, you’ll find many different variants to the standardised format of what is known as European (single-zero) and American (double-zero) roulette. There is also French roulette, which allows for partial bet compensation if the ball lands in the ‘0’ pocket in certain formats, but the most common forms are that of European and American. But now, thanks to the digitization of the game, no zero roulette has risen from the origins of the game in Paris to the online casino scene.

We now have the choice of double, single, and no zero roulette games, but which one is the best one for the players?

The natural place to start our examination of these formats is with the long-established tables of European and American roulette. While American roulette is almost exclusively played in the United States, European roulette can be found and played all over the world, being the more popular form – including, in fact, many places in the USA.

In any case, assuming that the odds of landing a single number are 36/1 on comparable tables of European and American roulette, with odds on outside bets remaining the same – such as 2/1 on red or black – the instance of the ‘00’ pocket in addition to the ‘0’ pocket makes the American table much less player-friendly. As zero pockets of any kind don’t add to the potential returns of landing a certain number while also decreasing the odds of any of the outside bets landing, having twice as many zeroes increases the house edge significantly.

As noted by Investopedia in their house edge evaluation, due to the returns for winning on a numbered pocket usually being set at 36/1, the fact that there are 38 numbers including the green pockets means that the true odds of winning such a bet are actually 38/1. Of course, operators have to have some sort of edge in their games as they’re running a business, but with American roulette tables giving a house edge of 5.26% with the ‘0’ and ‘00’ present, while European roulette stands with a 2.70% house edge due to there being only one additional number, it’s clear that single-zero roulette is better for players than the double-zero format.

Double-zero vs no zero roulette

As established above, the American roulette table holds a house edge of 5.26% on all bets other than a ‘first five’ wager, which ticks up the house edge to 7.86%. In no zero roulette, the odds reflect the real outcome of the ball landing in each pocket. For example, odd and even bets not only get odds of 2/1, but they also have a 50/50 chance of occurring. It’s very much the form that the original game took in the 1700s.

However, worthy businesses wouldn’t put out a game such as this as it could put them in a significant deficit if a few players went on a hot streak. So, what most no zero roulette games incorporate is a commission on wins – often of around ten per cent. With a ten per cent charge on wins, one might see the game as having a 5% house edge on two-way outside bets with a 50/50 chance (such as red or black) but, in actuality, the removal of the zero pockets actually nullifies the house edge as it puts the chances of winning any bet at the odds represented by how much of the wheel the selection covers.

What the commission does, though, is cut the reward. That way, no zero roulette flips the game from having a house edge to instead increasing the chances of winning for a cost. This suits some players more than others, which is why it’s included as a part of the Slots of Vegas online roulette selection. Many will prefer the strategising of the single and double zero roulette games there, but no zero roulette games give a different angle to roulette play which can also prove to the player’s advantage.

No zero vs single-zero roulette

It’s very clear that single-zero and no zero roulette tables are far more player friendly than their double-zero counterparts, but deciding which one is best between these two may simply come down to your own preference and playing style.

It’s very clear to see that American roulette comes in a distant third to the other forms of roulette, but whether European or no zero roulette is a better choice largely comes down to each player’s preferences.

Roulette Wheels For Sale In The UK