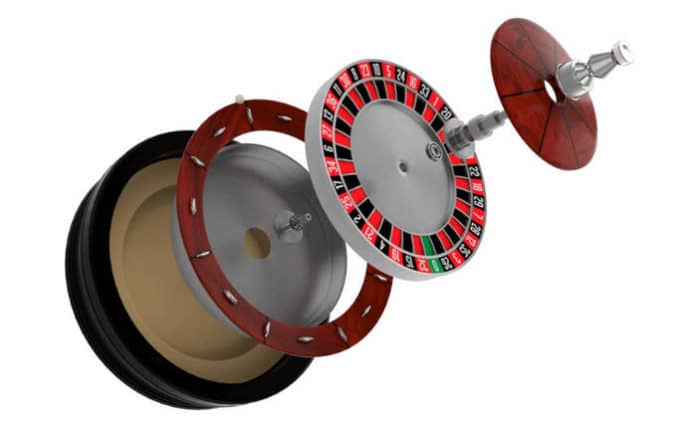 Do casinos rig roulette wheels? The question has been around for as long as roulette itself, with suspicious players often claiming that this classic game isn’t always as fair as it should be. Unraveling the rumors will require a deep dive into gambling history and lore, along with brief stop overs in Monte Carlo and Chicago, and cameo appearances from cunning Victorian gamblers and infamous cigar-chomping mobsters.

Roulette itself needs no introduction. It’s arguably the most iconic casino game of all, and the sound of the ball whirring around the track and bouncing down into one of the wheel’s pockets conveys the glamour and excitement of casino gambling like nothing else. Yet, while roulette has a reputation as the most purely luck-driven game, savvy gamblers have always wondered if the game could be biased – either by accident, or because of a rigged or “gaffed” wheel.

One of the first people known to have exposed a biased roulette wheel was Yorkshireman Joseph Jagger, way back in around 1880. Having worked in the textile industry, he understood a thing or two about the mechanics of cogs and wheels, and knew that wear and tear could cause imperfections in their spin. Desperate for money after the failure of his business ventures, Jagger decided to apply his insights to the roulette wheels of the Casino de Monte-Carlo, that legendary palace of gambling.

He and his nephew (plus a group of loyal, eagle-eyed clerks, according to some versions of the story) spent days in the lavish casino, watching the various wheels in action and carefully noting down the winning numbers, a task that must felt grindingly tedious… until they got their breakthrough. They soon realised one wheel was turning up a set of numbers again and again, presumably due to an almost imperceptible flaw in its balance or mechanism that had developed over time.

Armed with this insight, Jagger commenced gambling with gusto. As the story goes, Jagger amassed the equivalent of more than £7 million in today’s money – a staggering achievement that shocked the casino so much, they instigated a redesign of their roulette wheels to correct the flaw.

While the wheel in Monte Carlo wasn’t purposefully rigged, the Jagger story is an early and famous example of how roulette games could once be exploited, even in legitimate casinos. And the rise of organised, illegal gambling dens would see unscrupulous dealers put gaffed wheels into widespread use.

In 2016, news coverage of a recently rediscovered roulette table used in Chicago in the 1920s provided fascinating insights into how the game used to be rigged. The table, which had been stored in a barn in Iowa for decades, was purchased by Alexander Walder-Smith, the owner of a Surrey-based company specialising in selling pinball machines, football tables and other retro gaming paraphernalia.

It was only while the table was being given a restoration that Walder-Smith discovered it was harbouring a surprising secret that shed light on the shady shenanigans of the Jazz Age.

One of its legs was found to be hollowed out and packed with battery packs, neatly wrapped in newspaper to stop them from rattling around. The batteries were used to power a secret circuit that could be activated by the croupier by pushing buttons in the frame of the table, cunningly disguised as screws.

This would in turn make a discreet little pin pop out of the wheel rim, to manipulate how the ball would fall onto the number pockets. It’s a classic scamming technique known as ball tripping and is proof of how roulette wheels were indeed often rigged in the past by gangs operating casinos and gambling dens.

Walder-Smith reacted to his find by commenting, “In those days The Mob was generally acknowledged to run the casinos but many a punter must have left the table cursing his misfortune, little realising that the Mafia had gone to such great lengths to ensure that he never stood a chance.”

In 2003, an article in the Daily Telegraph seemed to confirm that roulette wheels were still the target of rogues looking to swindle people out of cash. In this case, however, the story was not about some crooked casino operator, but a gang of criminals in Austria who used gadgets that James Bond’s Q might have been proud of in an attempt to earn fixed winnings.

The conmen had planted an electromagnetic device by the roulette wheel, then by some sleight of hand managed to swap in a magnetic ball which the device could manipulate “to within three spaces” of their target number on the wheel. It wasn’t foolproof for every spin, but it improved their edge enough to rake in the equivalent of hundreds of thousands of pounds.

But the question is, are today’s casino operators really employing these kinds of tactics? The idea of the sly croupier pressing a secret button to activate some magnetic trickery in a roulette wheel has certainly become enshrined in pop culture.

The most famous example in movie history is the scene in Casablanca where Humphrey Bogart’s character, who runs a bar with a rigged roulette wheel, takes pity on a needy customer by telling him exactly where to place all his chips to get “lucky”. In a fantastically unsubtle move, Bogart actually makes the ball fall on the same number twice in a row, leading an understandably cynical onlooker asking the bar manager, “Are you sure this place is honest?”

Thankfully, things are far more trustworthy in the real world today. The truth is that, at least in licensed casinos, the whole “rigged roulette wheel” thing is little more than an urban myth, stemming from the bad old days of gangster-run betting parlours. Governing bodies regulate the casino industry, preventing money laundering and ensuring that casinos offer fair gaming services, so you can rest easy when you spin the roulette wheel at a licensed casino.

Despite the tall tales and scurrilous rumours, today’s casinos would never risk losing their licence and reputation for the paltry, temporary profits that might come from running rigged games. Not to mention the risk of defrauded customers slamming them with lawsuits. Frankly, casinos don’t need to resort to such tomfoolery – roulette has a built-in “house edge”, which is the mathematical advantage the casino has in the long-run over players.

This means that, even though individual players will win money back on bets, the casino is still mathematically certain to take a profit. In roulette, this is down to the fact that winning payouts aren’t precisely “fair”.

For example, with European roulette, the wheel has 37 pockets, yet the 35/1 payout for a winning number is based on there being only 36 pockets. Meanwhile, the presence of the green 0 pocket means even-money bets (on a red or a black, say) are also subtly skewed in the casino’s favour, as you actually have just slightly less than a 50% chance of winning, but still receive a 1:1 payout.. As with all casino games, there’s always a steady profit stream for the house, no matter how lucky you might get as an individual player.

Legitimate casinos have nothing to gain and everything to lose by running rigged games. The wheels at licensed casinos are also tested to ensure that they work properly and there aren’t any purposeful or unintended imperfections that could sway results. However, for players who dare to play in unregulated, unlicensed, illicit casinos in shadier parts of the world, there’s no way to be sure that every roulette wheel will be fair.

Double, Single, or No Zero: Which Roulette is the Best?

Roulette Wheels For Sale In The UK