Save yourself the time and effort. Learn from mistakes of others. 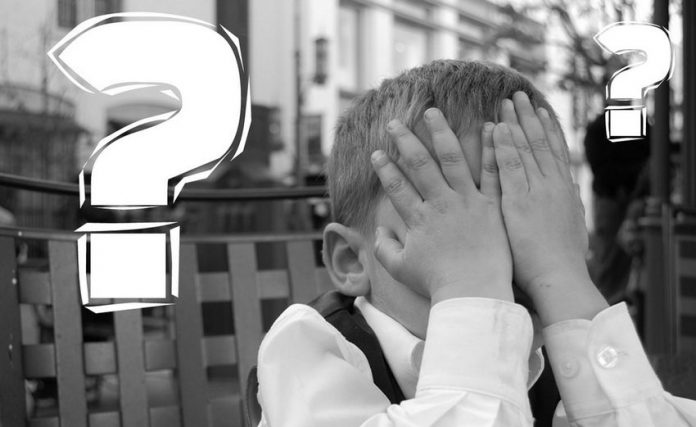 Chances are most players who read the article headline quickly lost interest. That’s because most players want to see catchy words like “secrets”, or “win big”. If that’s what you’re after, you’re reading the wrong thing. But if you want to learn the reality of beating roulette consistently, read on.

Start By Learning The Classic Mistakes

Why learn the mistakes to developing a winning roulette strategy? Because you’re probably making them. And that’s because you don’t understand them. Always start with the right table games to play which are explained in other articles.

The average roulette player has little to no proper education regarding basic math and statistics. If you frequently visit roulette message boards and are well-educated, you’d often see educated members ostracized by the less-educated members. Often names are thrown around like the “math boys” – referring to members who reveal basic math, which explain why a particular approach or roulette system wont work. It’s a bit like a “flat-Earther” calling an astronaut a “round-Earther”.

One thing you’ll learn is that math is undeniable. Never will 1+1 = 5.

In the case of roulette, the only way to win consistently is by increasing the accuracy of your bet selection, so that it overcomes the house edge. For example, on the European wheel there are 37 numbers. But the payout is only 35-1. So to consistently profit, your bets need to win on more than 1 in 35 spins.

Surely nobody would deny this fact, right? But you might be surprised. Quickly logic and common sense is taken over by thoughts from inexperienced players, like:

“I can increase my bet size and easily overcome losses.”

“I have won more than I’ve lost, so my system definitely works.”

. . . and it goes on. It all sounds good in theory, but they’re missing some rather big points.

For example, betting progression is not new. In the short-term, if you increase bet size to cover losses, you can either make back losses, OR lose even more. Because the house edge is against you, the chances are you’ll win for a little while, and eventually lose everything.

And any results you’ve achieved in the short-term are irrelevant. Even random betting can be profitable, for a while. In fact, random betting mixed with player delusion is all most roulette strategies are.

Are Short-Term Wins All You Need?

Often an inexperienced forum member will post a cartoon image of a skeleton at a roulette table, claiming all the talk of “long-term” advantage is nonsense. For example, they’ll say say your system only needs to win in the short term, and that you’ll never play 100,000 or so spins, so there’s no point to large tests. Here’s the problem with that . . .

Firstly, the house edge applies to every single spin independently. You can temporarily reduce the house edge with a good online casino joining bonus, but remember to carefully read the terms and conditions.

Again the odds of winning on a single number are 1 in 37, but the payout is an unfair 35-1. So it doesn’t matter if you’re a single player betting on 100 spins, or 100 players betting on 1 spin each. The net result is still likely going to be the same. Sure, some players will be winners, and some losers. The casino doesn’t care who wins or loses. My point of explaining this is inexperienced players believe a major part of a successful strategy is playing only short-term sessions. Certainly, if you are a gambler, generally the less you play, the less you’ll lose. But if you don’t have an advantage to begin with, the odds are still against you.

Secondly, whether you test with random bets or a system, your long-term results will be the same. The only things that differentiates random bets from a system are:

For example, a simple system may be double your bet until you win, like this: 1 unit, 2 units, 4 units, 8 units etc.

The player may believe “eventually they’ll win”, and that the system somehow connects the spins. In fact, all the player is doing is making separate bets, each with separate odds like this:

There is no connection between the spins. As per the example above, it doesn’t matter if a single player makes all these bets, or 4 different players make the bets. It’s exactly the same. Neither the wheel or the ball care who is making the bets. Simply the more you play, the more you’re likely to lose. And that’s the real reason why longer-term play usually results in a loss. It is not specifically that you are “exposed to the house edge for longer”, which is a somewhat inaccurate understanding of reality.

So then what’s the point of testing hundreds of thousands of even millions of spins, especially when you’ll never really play that many? Because if you test too few spins, there’s a strong chance your results are within normal expectation. Basically anything can happen in the short-term. And even 10,000 spins is still relatively short-term.

If you need proof, test a random system on 10,000 spins using automated software. Repeat the test several times. You’ll find most of the times you lose. But sometimes, you’ll profit.

Now say there were 100 players who all had the same system. 99 of them would be losers, looking for a new system. But 1 player would be 100% convinced their system is the holy grail, and they’ve conquered roulette. When in fact they’re not seeing the bigger picture.

Knowing whether or not you have a legitimate advantage can be tricky. After all, you need enough data for reliable assessment. Generally how you assess a system’s viability depends on the working principles of the system. For example, assessment is easy with technology like roulette computers, because you can plainly see the accuracy of predictions involving when and where the ball will first hit the wheel (the rotor). So you need only see a dozen or so spins to know it works, at least with regards to predicting where the ball will first fall.

I get it. The basics about how to win at roulette are boring. And it seems like a step backwards to explain them again. But the understanding of most players is incredibly poor. About once a week, a new incredibly “ignorant” person emails me saying they don’t believe my methods would “work”m despite them having no experience with them. They can have their “opinion”, even without experience. What’s worse is then the person proceeds to tell me about their strategy they believe is the real secret to winning. And it turns out to be something like: “Track any dozen. Wait for it not to win for 3 consecutive spins, then bet on it with the progression 1,2,4,8 etc”

After 15 or so years of this, it is difficult for me not to be abrupt. And I don’t want to be rude, because after all, we all started not knowing much. So I just refer them to pages like this explaining the basics. Do they actually read and try to understand them? No, at least most of the time. And that’s part of the slow learning process of players.

If you are relatively new to roulette, start with the basics of probability and payouts. And keep in mind every spins is completely independent. It doesn’t mean you can’t use data from past spins to predict future spins. History does indeed count. I’m more saying nonsense like “wait for no hits and then start betting” count for nothing. These sorts of approaches do not in the slightest change your odds of winning. Or more specifically, they don’t increase the accuracy of your bet selection or predictions. This means you’re still stuck at 1 in 37 odds. And if the odds haven’t changed to be better than random accuracy, then you’ve changed nothing. No amount of elaborate ineffective “bet selection” changes this.

So how can roulette actually be beaten? There’s only one central way, which is to attack the mechanism that determines the winning number. This means the physical roulette wheel and ball, and any variables that determine where the ball lands. In the case of real physical wheels, there are many variables with the main ones being the wheel itself (and it’s physical characteristics), the ball, the dealer, ball and rotor speed, air flow, air pressure, dirt, grit, oil and so on.

It may sound logical, but how are you supposed to predict all those factors? You don’t. You only need a predictive model that accounts for critical variables. For example, do you need to know what is causing a ball deceleration rate change . . . or do you need only to note any changes and adjust accordingly?

Put another way: when you drop a stone and it falls to the ground, do you need to know exactly why it falls to estimate when it will hit the ground? Or can you develop sufficiently accurate predictive models, without a full understanding of the hows and whys? It doesn’t need to be overly-complicated to achieve sufficiently accurate predictions. Remember, roulette’s house edge is only slight. So you need only prediction accuracy that’s slightly better than random. It’s really nowhere near as difficult as players often assume.