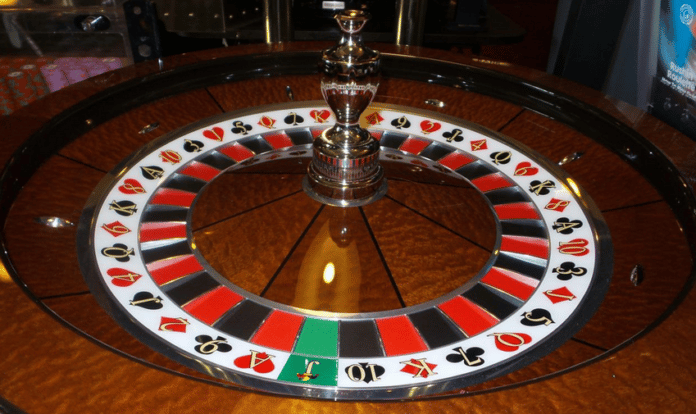 Casino game designers strive to keep games new and interesting. After all, gaming is an entertainment industry to most players. Over the years, the core casino games haven’t changed much. These include games such as poker, blackjack and roulette.

This article discusses roulette specifically, and what has changed over the past 30 or so years. And ultimately I’ll focus on how changes affect the ability of professional players to win.

Online casinos now account for an enormous chunk of gaming revenue. Now players can play from the comfort of home, and casino revenue is not limited by floor space.

Most of the larger online casinos allow you to play against real physical wheels. This means the winning number is determined by physics, rather than a random number generator (RNG). Therefore beating roulette online is viable. But the problem is it’s harder to remain undetected at online casinos. You can’t continue to win from the same online account, without raising red flags. Remember that beating wheels is not particularly difficult. The real problem is avoiding detection, because no casino tolerates consistent winners.

Ultimately the only way to profit long-term at online roulette is to use multiple accounts. This allows you to avoid detection, and win at a reasonable rate that avoids detection. A phrase we often use is “milk the cow, don’t kill it”.

You’d think roulette wheels would significantly change in 30 years, but they haven’t. The fundamentals are much the same. Yes wheel designs generally produce less-predictable spins. But it only takes minor imperfections, and wear and tear, for a wheel to become easily beaten. In fact we can still beat almost every wheel, one way or another.

For example, our roulette computers still achieve an edge between 5 to 150%. That’s a huge range, so I’ll summarize the types of wheels and typical edges.

Some of the poorly maintained wheels (even 2022 models) can give an edge of over 150%. Such wheels are insanely easy to beat. But the winnings are still limited to what the casino will allow. So you can’t just win $1m in a night, and not expect problems. Even with such easily beaten wheels, your limits are based mostly on table betting limits, and how alert casino surveillance is. In most cases, it’s still rare to win $30k+ per night. Typical nights earn teams around $5000.

So while the wheels are still easily beatable, the main limiting factor is still what the casino will allow you to win. But it’s not like they have a set limit they’ll allow. If at any time they suspect you’re a professional player, they may ask you to leave immediately. The limits I’m referring to are more about “getting attention” by seeming a bit too lucky.

There are various new types of roulette wheels, designed to make the game new and more interesting. Like for example the wheel in the image at the top. But the fundamentals are the same. These types of designs are very rare, and have just about disappeared in most casinos like an old gimmick.

Surveillance is the casino’s #1 tool for limiting losses from professional players. Certainly casinos need to have “fair random” games, but this isn’t hard to achieve with games like Blackjack, because most of it is handled by technology like shuffle machines. Many shuffle machines have weaknesses, but that’s another story. When it comes to roulette, it’s almost impossible for spins to be entirely unpredictable. That is unless they’re using RNG, which is a random number generator that determines winning numbers, instead of a physical wheel and ball.

Many times I’ve seen easily beatable wheels, with incredibly predictable spins. But still nobody at the table has any idea how to exploit the wheel. Most players still stick to their proven ineffective systems, which are ultimately no different to random bets with progression. So the average player has no idea how to exploit wheels for an edge. With this being the case, casinos don’t even need surveillance to profit.

Surveillance is still critical because without it, their own staff may cheat, or professional players could break the bank and win millions. Good surveillance effectively limits the casino’s losses. But it will not realistically completely eliminate losses.

How has surveillance gotten better over the years? Well surprisingly for the leaps in technology throughout the world, not a lot has improved for casinos. At least not as much as you’d expect, because there are countless technologies casinos could be using, but they aren’t. I wont go into them though, because I’m not particularly interested in helping them, especially as I still maintain active teams.

So why aren’t casinos using all the technology they could? Mostly because professional players are still rare, and existing technologies already do a reasonable job of detecting consistent winners. So there isn’t a great need for change. Keep in mind that in a year, a casino might make $50m from typical “losing” players. But they might lose only $500k to professional players. Still it’s a lot for casinos to lose. With the use of better surveillance, the casino could cut losses to professional players in half (saving them $250k). Is it worth it? Financially, yes. But when you’re already earning millions, you’re not particularly motivated to optimize profits to 100%. 99.5% is still pretty good.

And besides, the biggest ways for casinos to optimize their profits have more to do with how they use the gaming floor. For example, it makes no sense to keep slot machines nobody likes.

Even over the past 30 years, not much has changed for roulette players. The wheel designs are significantly harder to beat, but not so much that it’s a problem. Although it depends on the techniques or technology you use.

If you’re a bias player are rely on physical flaws of wheels, then you’d be struggling today. Whereas 30 years ago, winning was much easier.

But if you’re a roulette computer player, you’ll still usually get an edge of 20% or better. Back 30 years ago, you would regularly have an edge over 80%. Although in reality, you can’t fully use an 80% edge anyway, because your winnings are limited by what you can win, without being detected. So even with a huge edge, you still must deliberately lose sometimes – just to avoid detection.

In the future, roulette is likely to become harder to beat. But there is no real urgency for changes, for reasons I already explained. There is still a business for technology developers to make winning harder, but such technology has had a negative effect too. For example, automated wheels were released with in-built countermeasures to make winning harder for professional players. And yes they succeeded in doing that. But the downside for casinos is fewer people trust automated wheels, and the casinos lost players. Losses like these are difficult for casinos to measure.