Can Repeaters Systems Win at Roulette?

What are repeaters, and can they be used to win roulette? 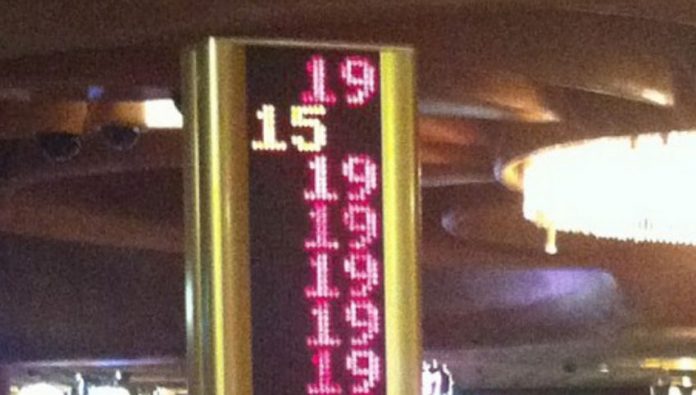 Repeaters in roulette are numbers that repeat shortly after they’ve spun. The theory is that recent numbers are more likely to repeat sometime soon.

So can they in any way be used to beat roulette? The short answer is no. This page explains why.

People that claim to win with repeaters often recite facts about roulette and “randomness”. Then they unwittingly contradict themselves. First, consider these facts:

I’m sure you’ve heard it before. On each spin, the dealer picks up the ball, spins the wheel, then releases the ball. Each spin has it’s unique set of physical variables that determine the winning number. The variables that led to previous winning numbers are the past. Except when you consider which legitimate properties still relate to future spins, the previous spins are meaningless to future spins. Most players using “repeaters” don’t even consider the physical variables like rotor speed. They consider only previous winning numbers.

Previous spins do not at all affect future spins

Everything happens from cause and effect. Previous winning numbers are the effect, not the cause. Except when considering linking physical variables to spin outcomes, the spin outcomes (winning numbers) have no link to future spins. For example, roulette wheel bias is when a wheel has physical defects that make some numbers win more than others.

Now consider RNG roulette, where numbers are determined from a random number generator. There are no physical variables. There is only a random number generator, and the winning number will depend on WHEN you click to spin the virtual wheel. If you knew the exact algorithm and could click within 0.001 seconds accuracy, perhaps you could influence and therefore predict the winning number. But you can’t. Even if you knew the exact RNG algorithm, there’s no way you could precisely click within 0.001 seconds accuracy – even without internet connection latency.

Repeats are normal probability, and don’t “have to” happen

If you observe 37 consecutive spins, the chances are you wont ever see 37 unique numbers. At least some will be repeated numbers. This is very poorly understood. The math for it is simple.

So as we see more spins, the probability that one of the previous numbers will repeat increases.

How is this special? It’s not. It’s really basic probability.

One of the “blinders” for gamblers is thinking they’ll never see 37 unique numbers in 37 spins. Actually, if you see enough spins, you will. For example, do you think you’ll ever see a winning number sequence like 1,2,3,4,5,6? You probably wont. But will you ever see the sequence 32,4,16,9,2,30? You probably wont see it either. Given enough spins, each of these sequences will happen just as often as each other. The wheel doesn’t care what numbers look like a pattern to you.

There are many variations of repeater systems, but they all have the same fate of losing. I’ll give one example…

Say you tracked the past 37 spins on a European wheel, and waited for one number to “repeat”. Then you start betting on it, either with flat bets or a progression. You can do this with whatever other numbers that “repeat”.

This doesn’t at work because the odds of your bets winning are exactly the same as any other number. You’ll still average 1 win per 37 spins. So your bets still have random accuracy.

Using progression wont help, just as it wouldn’t help if you made random bets. You could be lucky and win big, or be unlucky and lose even more. Remember, your bets still have random accuracy – no matter what logic you’ve applied to your bet selection process.

So what has following repeaters changed? Absolutely nothing.

If you look at a cycle of 37 spins, some numbers will be unique (non-repeated numbers), some will appear twice, some three times, some four times etc. Sometimes a number may win even 5 or more times.

The horse racing analogy suggests that because you know the above, you can bet on the repeaters. Imagine it like a horse race, with the winners being the numbers that have repeated most in your 37 spins.

If this were true, then once a number has repeated, it is more likely to win again sometime soon. But it’s not true. This number will win just as often as any other random number.

Horse racing is nothing like roulette. But let’s look deeper at this analogy.

Say the race is to have one number repeat four times. So far, #32 and #8 have won 3 times in the past 36 spins. The finish line is just one spin away. Are #32 or #8 more likely to spin next? Nope. They have the same chance of spin as any other two numbers. So the bet selection change nothing. You still have the same accuracy as random.

You can try countless variations with similar logic. You’ll find the same situation.

First, use a reputable roulette system tester with a realistic source of spins. Don’t use spins with poor RNG like Microsoft Excel.

You absolutely MUST test a statistically significant amount of spins. Why? Well if you make random bets for 10,000 spins, most of the time you’ll lose. But sometimes you’ll win. Does it mean your system of random betting works? No.

Next, try random betting but with progression (increase bet size after losses). You’ll also find mostly you’ll lose, and sometimes you’ll win – even over the 10,000 spins. Again, it doesn’t mean your system works. By using progression, all you’ve done is AMPLIFIED the result – whether it be a larger loss, or larger profit.

If you test enough spins, you’ll find the results are much the same. So what has your repeaters system changed? Nothing. You may as well have made random bets, instead of developed an elaborate but ineffective system.

On the note of testing, a common thing players say is “there’s no point testing so many spins because you’ll never play this many spins”. This is missing the point. You test so many spins to overcome the possibility that results are merely short-term luck. Whether 100 players all bet on 1,000 spins, or one player alone betting on 100,000 spins, it’s the same thing.

No matter what “pattern” you think you see, the wheel doesn’t give a crap what you think. It will just keep giving numbers in whatever order they appear. And if your bet selection isn’t more accurate than random bets, your system has changed nothing.

Repeaters is one of the oldest and most thoroughly tested theory. If you want to win roulette, start by learning what others have tried, what is already known to fail, and why. Then you can start looking at NEW methods that others probably haven’t thought of yet.

Start by learning the basics of roulette strategies, including what fails, what works, and why.

The ONLY way repeaters can work are if the mechanism that determines winning numbers makes some numbers win more than others (such as wheel bias or a flawed RNG). Roulette wheel bias still exists today, but is very rare. Some flawed RNGs still exist today, but you need tens of thousands of spins to do proper research of a RNG – and the method of exploiting them is not related to “repeaters”. One notoriously poor RNG is the one in Microsoft Excel. This is because the “random numbers” in a spreadsheet are generated all around the same time, the RNG isn’t properly designed, so the result is often repeating numbers.