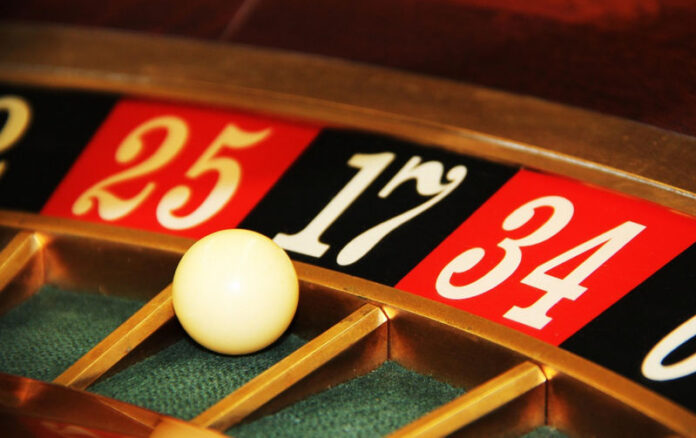 Today, it’s common to see a wide range of colors on a casino floor. Typically, video slot machines use the brightest and most appealing colors in order to attract players to games of all themes. Card games are a mix of red-accented playing cards and green felt tables.

The roulette wheel, on the other hand, is usually composed of rich woodwork. Aside from the shined wood, there’s another green felt table with a grid of numbers labeled 1-36. But most players are too focused on game rules and strategy to wonder why the colors red and black are used to mark numbers on the roulette table. After all, most roulette strategies don’t place a huge emphasis on color.

Instead, many players focus on inside bets (covering numbers), rather than outside bets like choosing either colors black or red. Other plans, like the physics roulette system, focus on the physics of the ball, wheel, and dealer to predict a likely outcome. This takes knowledge of the anatomy of the roulette wheel and table, which is important to know before starting to play.

Betting on numbers usually comes down to a player wondering if there’s a true 50-50 chance that the ball will land on red or black equally, and whether the green zero will impact play. So, why did historical gamers settle on the colors of black, red, and green?

The first official description of roulette is dated 1796. This provides the first key hint about the colors used. Prior to industrialization and the introduction of synthetic dyes like aniline and alizarin, colors were created from natural processes.

Dyes were pulled from flowers, weeds, and other natural byproducts. The more readily available a resource, the more easily colors could be used to transform plain fabrics or be used as paints. At the time roulette became popular in France, red and burgundy were popular colors, while black was an easy color to create.

Green, on the other hand, didn’t emerge until the 1800s in England, which means it probably wasn’t used in the first roulette games. When it was incorporated, it helped differentiate the zeroes from the red and black numbers on the table and wheel. Green felt is also now used for the entire roulette table.

Red and black aren’t unique to roulette. Even today, playing card decks reflect the standard usage of color from centuries before—and the same origin remains. Black and red were the most robust colors that could be made from natural dyes. Black could be made by mixing soot with oil, while red could be made by mixing cinnabar or ocher with oil. Both were long-lasting and both were also commanding colors that were easy to read and differentiate—even in a dim gaming hall.

But what about green? As mentioned above, green dye wasn’t readily available until a Swedish scientist named Carl Scheele invented his unusually bright green pigment, known as Scheele’s green.

These and other similar pigments could be applied to a fabric called baize, which is coarse wool that’s still used today for pool and snooker tables. The wool is prized for its rough surface, which helps slow the ball in pool and snooker.

Some sources indicate that green was used to emulate an outdoor lawn, while others contend that it was used by gaming halls for its calming effect. In reality, baize was a sturdy material that was comfortable to play and distribute cards and chips on. It was in use for billiards and similar games, which once shared space with roulette wheels and craps tables in the gaming halls of yore.