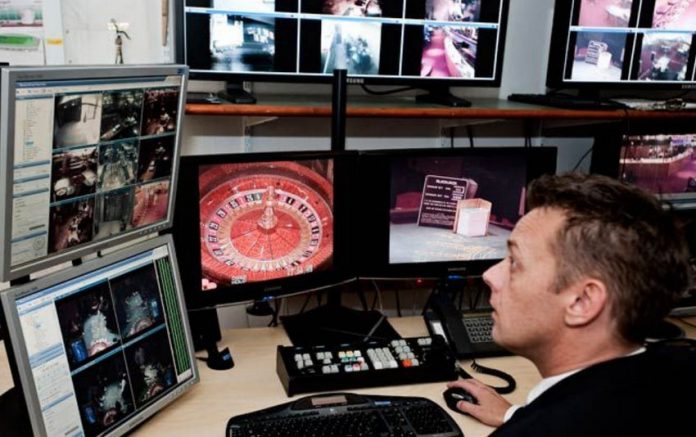 If you missed the previous parts, see these links: part 1 & part 2. To recap, mostly there are things casinos can do to make winning at roulette harder. But they come at a price for casinos, which is often they lose revenue in other ways. For this reason, most countermeasures to thwart professional players are applied only when they are detected by casino surveillance. This isn’t a problem if professional players avoid detection to begin with.

Speeding Up The Rotor

Most European casinos spin rotors significantly slower than in the USA. And those in-the-know are aware roulette is a more profitable game (for casinos) in Europe than the USA. This is for a few reasons; one of which most players prefer slower rotors. I’m not referring to professional players that know the different strategies to increase their chances of winning. See roulette resource in Spanish for examples. A slower rotor adds to the excitement, as players can more clearly watch the numbers move past where they’be bet. In contrast, a ball that bounces around crazily on a fast rotor can be frustrating.

One of the first professional casino consultants to highlight this is Steve Forte, who is well known throughout the gaming community.

One of the reasons rotors spin faster in the USA is to make winning more difficult for professional players. Does it make winning harder? In most cases, yes. The only case where a faster rotor makes winning easier is for bias analysis players. This is because the more the ball bounces around, the more likely it will come into contact with wheel defects, and the more likely bias plays a part on a spin.

Faster rotors are generally more difficult to beat for ballistic methods such as roulette computers or visual ballistics. But as with typical casino counter-measures, it comes at a price. In this case, faster rotors  significantly reduce the appeal of roulette to the majority of players. The inevitable result is overall lower revenue for casinos.

A faster rotor is generally anything faster than 3 seconds per revolution. In some casinos, the rotor can be as fast as 1 second per revolution. You’ll know if it’s too fast because the ball will often fly right off the wheel.

To give you an idea of how fast rotors affect a player’s edge, we’ll consider roulette computers. Below is an approximation of edge vs rotor speed:

Overall, rather than saying faster rotors make winning harder, it’s more accurate to say your edge will vary with different rotor speeds. Every wheel has one or more speed ranges that produce more or less predictable ball bounce. But on most wheels, a faster rotors reduce your edge.

One of the most common counter-measure casinos apply is frequently changing dealers. This for a few reasons – mainly because long dealer shifts make it easier for players to exploit a dealer’s behavior. For example, consistently spinning the rotor and ball in the same speed ranges. This approach is called “dealer signature”.

If you apply a simplistic “dealer signature” approach when dealers frequently change, frequently changing dealers will cause you problems. You could create profiles and data based on specific dealers, and wait for ideal dealers to return. But in most casinos, this is impractical as you could be waiting a long time. Furthermore, the deceleration rate of the ball gradually changes over time. This is due to variables such as air pressure changes, or even grit on the ball or ball track. If your approach doesn’t account for these changes, your predictions may easily end up avoiding the winning numbers instead of hitting them. This means the casino’s edge against you will be even stronger than if you placed random bets. If your system correctly accounts for dealer changes, and ball deceleration rate changes, you can maintain a good edge. How to achieve this is another story, and beyond the scope of this article. But it’s not as difficult as you may think.

Contrary to what most players think, dealer changes usually do not significantly reduce a player’s edge – at least for most professional roulette strategies. This is because the dealer doesn’t change the physics of the wheel. The wheel doesn’t care or know how hard the ball is released. It will decelerate with much the same predictable curve. So dealer changes don’t concern roulette computer or visual ballistics players. The only exception is if a new dealer spins the rotor much faster than others, in which case the players can return later when typical conditions resume. However, if the player’s techniques or roulette computer adapted to different ball bounce and behavior with different rotor speeds, then even rotor speed variations aren’t a significant problem. Consider the above data regarding edge vs rotor speed.

Ultimately, whether or not dealer changes affect the viability of a professional roulette system depends on the system and its limitations. Simplistic approaches are inevitably more likely to be affected.

Faster rotors and frequently changing dealers are two of the easiest things casinos can do. They may be a serious problem for players using simplistic approaches. But for professional players with advanced systems, they’re more like an inconvenience than a serious issue. Most of the experienced casino staff are aware of this, so view the countermeasures more as a deterrent for professional players, rather than a solution to prevent consistent winners.

What Casinos Do To Stop You Winning Roulette: Part 2