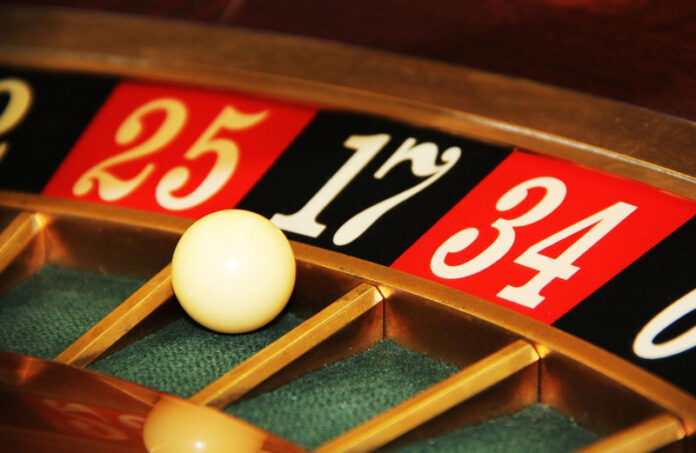 Everyone loved roulette. The charm of the game has always the hypnotizing effect of watching the wheel turn and the idea that your win is entirely based on luck. The thrill of a table full of gamblers watching this white ivory ball spin around the wheel is something few experiences can deliver.

Roulette has always been at the heart of every casino, but did you know it was also responsible for the creation of the casino? Read on to find out how roulette influenced the casino world as we know it.

The origins of the game aspect of roulette are full of mystery. Although the construction of the roulette wheel was firmly established in 17th century France, the game itself has origins all over the world. Some say the ancient Chinese were playing it in board game form involving the arrangement of 37 animal figurines into a magic square with numbers that came to 666.

Ancient Roman soldiers would gamble in between battles. Many of their games involved spinning a shield or chariot wheel and their friends, the Ancient Greeks would draw symbols on the inside of a shield, place it face-down and put an arrow next to it then spin it and bet which symbol would land next to the arrow, like Wheel of Fortune.

All of these elements can be seen in the game of roulette, all intermixed to make the perfect game of chance.

The fathers of gambling, French entrepreneurs François and Louis Blanc took the roulette wheel across to Germany in 1842, since France had yet to lift their ban on gambling. They were considered the fathers of gambling for the removal of one of the zeros on the roulette wheel, making the house edge drop to 2.7 percent and drawing Parisienne gamblers to their casino in Homburg. Popularity went through the roof with gamblers seeing higher return to player percentages.

In Germany, they introduced the people to roulette and from there it spread. This allowed Louis Blanc to open the Monte Carlo Casino Resort in 1863 after they were invited back to France at the request of Prince Charles of Monaco III. The casino is still standing there today and, though you might rather want to discover new Play’n GO casinos online, the Monte Carlo Casino Resort is a place every casino enthusiast should visit at least once in a lifetime. It is considered the home of European gambling with it regularly being featured in Bond movies like Never Say Never Again, Casino Royale and GoldenEye.

European settlers then took the game to Louisiana, in the early 19th century, where they faced problems. Casino proprietors thought that the 5.26 per cent house edge was too low and decided to increase it, adding the extra zero back in and referring to it as American roulette. Players didn’t take to this increase well. Many were irritated due to the low earnings and soon lost interest in the game.

Those that stuck around enjoyed the roulette, but it was quickly implemented into casinos with other games like blackjack and poker, which were considered easier to beat.

Like every great invention in history, the game that we all love today was initially intended to be something completely different. Rather than the creator of the roulette wheel being a Mr. Potter-esque owner of a casino chain, the roulette wheel was actually invented by a physicist in 1655. French physicist and mathematician, Blaise Pascal was aiming to create a perpetual motion machine that would continue to operate without the energy of an external source. The laws of physics were against him, but there was no harm in him trying and in the meantime, he made a classic game played across casinos today.

An intricate mechanism expanded into a wheel of mahogany wood painted with the appropriate markings, the roulette wheel has kept the same basic design throughout history, with very few tweaks made to the wheel and therefore the game.

Roulette is slowly coming back into the gambling scene after a long era of being the third choice. Online gambling has allowed roulette to take its place amongst the big boys as the convenience allows players to choose exactly what type they want to play, American or European, without leaving their home.

In 1994 Microgaming created the first online casino and of course included all the classics like poker, blackjack, and roulette. Today roulette can be played in any household and on any device. Roulette can be fed to players through live streaming or on an app. It can stick with its classic rules and odds or feature bonuses and themes.