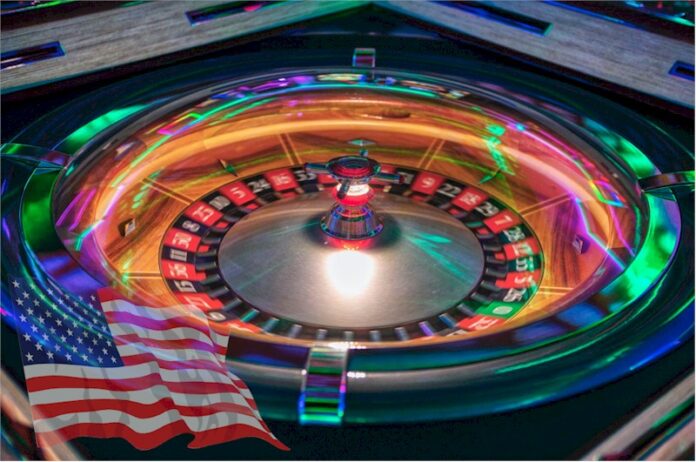 One of the most played casino games in the world, roulette can be found in virtually every gambling establishment. The interest in the game doesn’t seem to be waning—in fact, it’s the complete opposite—it is evident that it is here to stay. We must look at the history of roulette in order to see how it came to be loved by gamblers everywhere. Let’s start off with the origins of this game and make our way to the modern days of online roulette and online poker legalization with its hundreds of operators.

The Origins of Roulette

The history of the game known as “roulette” is not well-defined. The most commonly recognized theory is that a french math genius and accomplished nerd Blaise Pascal invented the original version of the game somewhere in the 17th century when he was hard at work trying to build the perpetual motion machine. But evidence suggests that many ancient cultures enjoyed playing games much like roulette.

Many people think that an ancient Chinese board game, which involves placing 37 animal figurines into a magic square with numbers that add up to 666, served as the inspiration for roulette. Dominican monks who were actively involved in many facets of Chinese society first discovered the game, which they eventually took to Europe with a few minor adjustments.

As you can see, roulette is a long-standing tradition, with its history shrouded in mystery, it came a long way from its uncertain origins to it now being a popular online casino game. If you are interested in the history of other games and the best roulette casinos in PA – visit iGaming PA, the best website about the iGaming industry in Pennsylvania.

What about the game of roulette in Europe? Was it popular? And if so, among whom?

Roman generals encouraged their troops to partake in many forms of amusement, including gambling. Similar to how roulette is played, many of the games featured spinning a shield or a chariot wheel.

While not evading spears and arrows, Greek troops also had their fair share of gambling games to enjoy. Soldiers would mark symbols on a shield’s inside before setting it face-down and placing an arrow next to it. They would then spin the shield and place a wager on which symbol would appear in front of the arrow.

Roulette, as we know it today, came from France in the late 18th century, but the laws were strict. Then, the Prince of Monaco decided to help the economy by building gambling establishments featuring roulette. Even the betting selections were nearly identical between the roulette that was played in those casinos and the roulette that is played today. The colors were red and black, and the numbers ranged from 1 to 36. There was also one pocket with a double zero.

It is reasonable to assume that if it weren’t for two astute Frenchmen by the names of Francois and Louis Blanc, casino games in general probably wouldn’t be as popular as they are today. It was they who eliminated the double zero pocket and effectively created what is currently known as European Roulette. They relocated to Hamburg, Germany, where they shared their revolutionary roulette game with the local casino industry. The reviews were overwhelmingly good, as you might anticipate, and the game gained a lot of traction.

Roulette in the USA

Roulette migrated to American shores in the 1800s. The French immigrants who arrived in Louisiana to flee the French Revolution brought it to the United States. However, because of the chilly response, it did not live up to its reputation back in Europe.

The popularity of American roulette overtook that of the European version after the addition of the extra zero to the American table layout. Now that the house advantage was higher, it was a reliable source of cash for casino owners. Despite a player’s roulette strategy, a larger house edge would reportedly ensure bigger winnings for the house regardless.

The double zero and American eagle symbols were present in older versions of American roulette, which featured numbers ranging from 1 to 28. An additional third pocket was embellished with the shape of an American eagle. Due to its significant house edge of 12.90%, this kind of roulette was favored by casino owners.

The American eagle variation did not take off since it was heavily biased in favor of the casino. The normal wheel finally replaced its double zero sibling. The local gamblers began to enjoy it more.

Later, the game was updated from the original 28 numbers to 38 numbers, ranging from 0 and 00 up to 36. The upgraded version gave players good rewards while still having a bigger house edge than European roulette. Most casinos and gambling establishments provided this game, and it quickly gained popularity.

As the 1990s came to a conclusion, more and more homes became internet-connected, which fueled the expansion of online casinos. Now, anybody could enjoy playing roulette in its various forms in the comfort of their home.

Online American roulette has one downside despite increasing the game’s popularity. The ambiance of a genuine casino wasn’t there. Some casino operators later turned to live streaming to fill this requirement.

Live streaming was not an option at the time. It had several drawbacks, such as shaky camera angles, trouble communicating with operators, and poor video quality overall.

These difficulties gave rise to the development of specialized live casino studios. These studios offered gamblers crystal-clear camera views, real-time conversations with dealers, and a setting like traditional casinos. One of the finest ways to play American Roulette nowadays is in a live casino.

As of the current state of the market, there are dozens of online casino operators and hundreds of games. The most popular roulette operators are sites like BetWay, JackpotCity, WildCasino, Bovada, Las Atlantis, etc. Such sites offer a wide variety of games like the American Roulette, Lightning Roulette, Live Roulette tables, real auto roulette tables, etc. The most popular roulette game developers are companies like Belatra Games, NetEnt, Amusnet Interactive, Spinomenal, Habanero, and BGaming. If you want to enjoy online roulette in Michigan and would like to find out more about this game – click here for everything about roulette including news, guides, bonuses, casino reviews, and a lot more.

Since it was created, American roulette has undergone a number of changes. While the game has changed somewhat since 400 years ago, the rules are still essentially the same.