The Best Mobile Apps To Play and Win Roulette 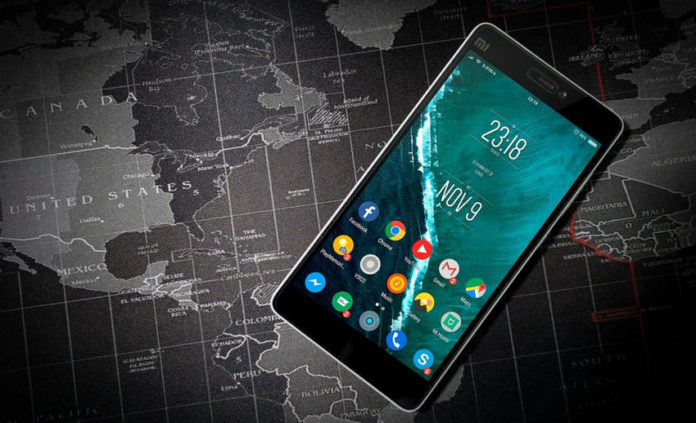 There are mobile phone apps for just about everything. That includes apps to help you win at roulette. Here we’ll discuss the various apps, what they do, and whether or not they actually work. And by saying “work”, I mean they actually increase your chances of profiting from roulette.

I’ll also discuss some of the apps just for you to play roulette. Many online casinos allow you to play via apps. You can see some best mobile roulette sites and apps in the UK at www.bestcasinosites.net. If particular casinos are licensed in the UK, it’s at least a good sign they’re less likely to cheat you. That’s because regulations come with fair play.

There are many different roulette trackers. Typically they log the number of instances for particular types of roulette bets. In this case, Roulette Tracker provides you with information that doesn’t at all increase your chances of winning.

For example, you can track the number of times the first dozen won. But regardless of which dozen won previously, the odds of any other dozen spinning next don’t change.

Nevertheless, the app’s layout is clean and easy to use. And it makes application of many roulette systems easier. But again the information doesn’t at all help you win. It just logs data that has no real correlation to future spins.

This is another typical tracker, although the app’s layout is not as intuitive. But it does allow you to track some additional information, which may fit better for your system.

The general features are more focused on application of particular types of systems, like repeaters. Unfortunately, these kinds of approaches don’t work either, as explained in our Youtube series to win at roulette.

If you see the best-known effective systems, you’ll notice they all consider the physical variables that determine the winning number. While they do consider past data, they consider data that actually matters. In the case of which number repeated, there is no genuine correlation between previous spins and future spins.

As with previously mentioned apps, irrelevant data is logged. It is most similar to Smart Roulette Tracker. The upside of this app is it actively gives you predictions. The downside is those predictions have no effect whatsoever on your chances of winning. This means the recommendations it gives you to bet on win as frequently as random bets.

So if number 32 was a “hot number”, the app might suggest to bet on 32. But what makes 32 more likely to spin again soon? Nothing. It’s just classic fallacy to believe otherwise.

In addition to the typical tracking of previous spins, this app provides you with a diagram of the most frequent winning numbers. This is in the layout of the physical wheel. This can be seen in the second diagram from the left (see above).

While this alone doesn’t give you a viable wining strategy, it provide part of the data you need for roulette wheel bias analysis. Roulette bias is when particular numbers win more frequently than others, due to physical defects of the wheel.

It’s a very different thing to “hot numbers”, which occur on either real wheels, or random number generator (RNG) roulette. Hot numbers will occur regardless, and are a normal part of probability and statistics. But wheel bias does occur, and it’s more common than you’d expect.

However, the app still neglects key components that would make such a strategy viable. These are discussed on our page explaining biased wheel analysis techniques.

Mobile Phones Apps That Do Work

Not all apps are the same. Casinos are well aware computers are capable of data analysis that can change your odds of winning. That’s why mobile phones are forbidden at the roulette table. If you take out your phone and begin visible using it, you’ll be asked to step back from the table. So casinos are afraid of something.

Roulette computers are hidden electronic devices that measure the speed of the ball and wheel. The data is then used to calculate when and where the ball is likely to fall.

Although they can be built into any device or object, they are best made from mobile phones. This gives the player a perfect excuse for having the device in their pocket. Although it’s in their pocket, it’s operated using hidden switches and buttons that can be just about anywhere – including in your shoe.

The image above shows some of the available roulette computers. Older versions were not necessarily apps, because roulette computers existed well before apps even existed. The devices we’ve developed use a combination of mobile phone apps, and server hardware. The apps have two functions: to stream live video of the roulette wheel, and to relay predicted numbers to players.

What makes them very different to typical phone apps is the data collected and calculated actually does correlate to the winning number. And it doesn’t get more direct than measuring the speed of the wheel and ball.

There’s no shortage of apps to play roulette for fun, without involving real money. But bee aware that:

Some apps are rigged to make you win

In fact, some dishonest online casinos allow you to win with play money. But when you start betting for real, the real odds come into play. And that’s when you lose.

This deceptive practice is not uncommon. So never test roulette systems with apps provided by casinos, OR apps that exclusively promote particular casinos.

In such cases, winning is much easier. For example, flawed RNGs tend to repeat numbers more frequently than expected. And beating them can be as simple as betting the last number. Of course you don’t find this flaw in real and properly designed casino software.

This is a simplified version of pattern detection software we developed. It is designed to demonstrate that patterns players think exist may not exist at...
Read more