Should You Use Roulette Betting Progression?

What betting progression is, how it can improve your chances of winning, and when it shouldn't be used. Use it the right way. 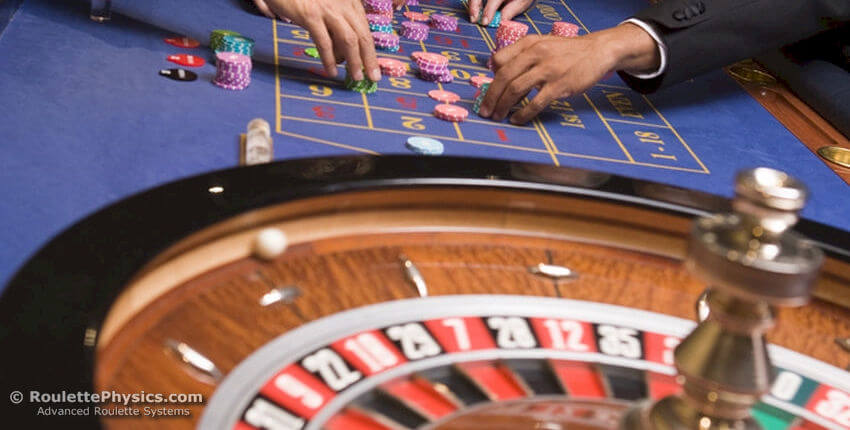 This is when you decrease bet size after losses. You can use negative progression so you stay at the table longer. But it wont increase your chances of losing because it only decreases the rate at which you lose.

Positive progression is the most popular form, because it involves increasing the bet size, and most players believe that wins will cover their losses. This is partially true because if you get lucky with a larger bet, you can recover losses. But essentially all increasing bet size does is increase the amount you wager. So you can either be lucky and win big, or unlucky to lose big.

My website has free software to win roulette, and none of them require betting progression. All use flat betting methods where you bet the same amount each spin. It is the same case for roulette computers.

Each Spin is an Independent Event

Assuming the roulette game is fair, each roulette spin is a completely independent event. Putting this into context, you could have many red spins in a row and naturally assume that red is on a streak. But if you test carefully, you’ll understand that the odds of red or black winning next still haven’t changed. You can easily test this for yourself, although I suggest using automated software so you can test a statistically significant amount of spins. It does no good to test over just a few spins.

The first time I learned this was after a big win at the casino. I won a few thousand dollars, and was on the way to the cashier. Then I noticed the winning number display on another roulette table had many reds in a row. My gut instinct was that red had been on a run for some time, and that black was due to spin. So I placed a large stack of chips on black and waited for the spin. To my disappointment, red won again. The streak of red had continued. So on the next spin, I bet black once more with all my remaining chips. And yet again, red won. I had lost all my winnings, but learned a valuable lesson.

Later I created an Excel spreadsheet to test whether or not red or black is more likely after a long run of red. I specifically checked for multiple instances in my spins where there was a long run of red. Then I checked how many times each red and black won next. I found the odds hadn’t changed. Therefore you could say I was a little deluded by betting on black.

Cold numbers are numbers that haven’t won in some time. Hot numbers are numbers that have won frequently in the recent past. Many players build systems around hot or cold numbers. So which system is the best approach? The truth is they are exactly the same. Even if you had perhaps number twenty-eight spin three times consecutively, it may be your gut instinct to bet number twenty-eight for the next spin. But the odds of winning on a European wheel are still one in thirty-seven, because there are thirty-seven pockets. Using the same simulations in my Excel spreadsheet, I tested hundreds of thousands of spins where particular numbers won consecutively. Then I would determine the amount of times the same number appeared on the next spin. And the result is one in thirty-seven times. Of course this is going back around twenty years ago when I didn’t know better.

I lost many thousands of dollars chasing patterns, including hot or cold numbers, when the patterns only exist in my head. Retrospectively, I would have saved myself a lot of time and money if I only listen to what the experts had to say. Now I’m one of the experts trying to explain it to you. I suggest you take the advice and understand what I’m saying.

When Should Progression Be Used?

Positive progression can are often used to recover losses if you first have an edge. But you need to be sure about your edge, which means you should have a strong mechanism or analysis method for determining whether or not you have an edge.

Say for example you are using a roulette computer and your peak has high clear bars where you are betting, and you are having a lot of near-misses where the ball lands very close to the numbers you bet on.

This is a common situation, so I don’t advise betting too few numbers. The roulette computer should give you an analysis to tell you exactly how many numbers you should bet on for optimal profits.

One solution may be to widen your betting arc. This will greatly reduce the chance of having many near misses.

Another strategy is to increase your bet size, which is generally safe from a betting perspective because you already clearly have an edge.

But the best solution would be to ensure your betting at is apt the optimal level, while increasing bet size. This gives you the best of both worlds.

Another important factor is you need to be out of the casino with your profits as soon as possible. In particularly when it comes to using a roulette computer or visual ballistics, the last thing you want is to be betting on hundreds of spins with small bets. It is not so much the size of your bets or winnings that gives you away, it is mostly your style of play. And if you are constantly winning over hundreds of spins, this gives the casino ample data to analyse to determine if your behaviour is consistent with roulette computer or visual ballistics play.

For this reason, it is not uncommon for a roulette computer user to play only five spins before leaving. Chances are that at least one of these spins will win, and it may only be about $300 or so profit, but at least the player can do it many times without arousing any suspicion.

Putting this into the context of progression, a roulette computer player may first calibrate the device over 30 to 60 spins, so that full accuracy is achieved. After confirming the accuracy is optimal, they can now safely bet high over the next few spins. They may have determined that if they bet on 15 numbers, they will win on around 90% of spins. I’m using this example because these are the results achieved in the recorded public demonstration video on my website. So in this case, the first bet covering 15 numbers is likely going to be a win. If it isn’t, then the player could double their bet. If they lose again, they could triple debit. The chances of losing in all three spins is a very low. This is the only way the progression can be used to increase the chances of winning, while keeping a low profile in the casino environment.

Also to clarify an issue, you would not necessarily “need” to bet 15 numbers. You may need to bet only 1 number. I’m using the example of 15 numbers because in the recorded public demo, 15 numbers was the “optimal” amount of numbers to cover.

How Many Numbers Should You Bet In Roulette?

Does 0 and 00 Count As Even In Roulette?