How Many Numbers Should You Bet In Roulette? 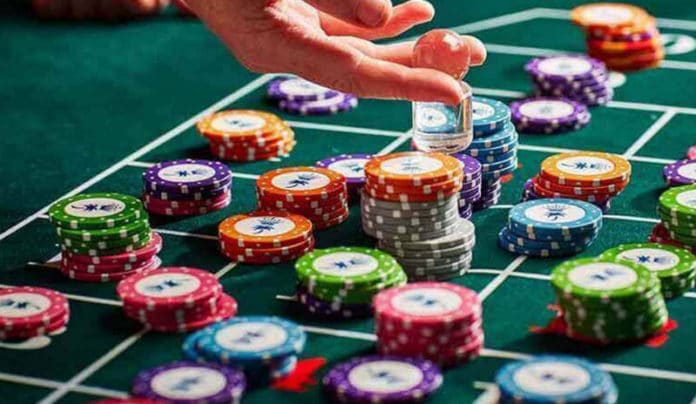 Maximize your profit by betting the optimal amount of numbers in roulette.

What is the perfect amount of numbers to bet in roulette? It depends on what you are trying to achieve.

Not every player intends to play professionally for a living. Many just play occasionally for fun, and like to dabble with systems. Your intentions will determine how many numbers you should be betting. If you’re looking for a simple answer like a number, sorry, but it’s not that simple.

Also as now you can play online roulette for real money in India, much of our audience is from India. Unfortunately we don’t have writers for all languages. And most websites offering betting tips are incredibly inaccurate, we suggest using Google translate to convert our website to your native language. This way you’ll at least have accurate advice, rather than relying on websites that exist only to promote casinos.

How Many Numbers to Bet If You Play For Fun

If you’re a gambler who plays for fun, you don’t mind the occasional loss, because it comes with the game. But naturally you hope to win big. If this best describes you, then the amount of numbers you should bet on depend on the following variables:

The more numbers you cover, the more frequently you’ll win

It’s common sense, right? For example, if you cover red or black, you are covering approximately half the wheel. Of course we are excluding any green pockets, such as single or double-zero.

Statistically, all even chance bets are the same. They each have approximately 50% chance of winning, and the payout is 1 to 1. So if you like to win on approximately half of spins, then outside bets such as reds or blacks, are a good choice. But frequent wins don’t make you profit more, as I’ll explain later.

You may prefer to win less frequently, with the chance of winning big. If this is more your style, bet fewer numbers. The highest payout is 35 to 1, which applies to single number bets.

Does the amount of numbers you bet on change your chance of winning?

This is where many players get confused. Again the more numbers you bet on, the more likely it is that you will win. But there’s a difference between winning, and profiting.

With one exception, all bets on typical roulette tables have the same house edge. This means that over the long-term, the results will be the same, no matter what you bet.

Let’s put it into context:

You could bet one dollar on a single number for 3,700 different spins. This means you will have wagered a total of $3,700. The expected results are below:

Alternatively, you could bet on $1 on 10 numbers for 370 spins. You will have also wagered $3700. The expected results are below:

In both cases, you will have bet the same total amount, and lost the same amount. The only difference is betting more numbers made you lose more quickly.

This is just one example using bets on individual numbers. But the exactly the same situation applies to all types of bets.

So if you’re confused about how many numbers to bet, it’s a matter of personal preference. Betting more numbers gives you more frequent wins; but overall you lose money more quickly.

Professional Play: How Many Numbers To Bet

It’s a very different situation for professional systems. However, the best amount of numbers to bet with professional methods depends on the method.

For example, if you apply roulette wheel bias, it means you are exploiting physical flaws of the wheel, which make certain numbers win more than others. In such a case, you simply bet on the numbers that are biased. On a typical biased roulette wheel, this can be between 6 to 12 different numbers. In some cases, it may only be one or two numbers. Keep in mind though that hot numbers are very different to genuinely biased numbers. Just because a number one more frequently in the past 100 spins, doesn’t mean the trend will continue.

With most other professional systems, bets are based on specific sectors of the wheel. For example, on the European roulette wheel, numbers 26, 0, and 32 are neighbors. This means they are directly next to each other.

So if you’re using a technique that predicts where the ball will land, you may determine the ball is most likely to land around zero. So then you would bet green zero, and the various numbers left and right of green zero.

The numbers around your central predicted number are the “neighbors”. But how many neighbors should you bet?

Firstly, keep in mind that professional techniques often predict multiple sectors of the wheel to bet on. So you may determine the ball is most likely to land in particular sectors, and avoid other sectors.

The simple answer to the question:

You get the highest edge by betting a single number in the center of each predicted sector.

But edge isn’t everything. More important than edge is the average profit per spin. After all, you want to be out of the casino in the least time, and with the highest profit possible.

For example, consider the below chart, which shows how far the ball bounces.

We can see that most of the time, the ball bounces 15 pockets clockwise of where it first hit the rotor. If you’re betting this area, you maximize your edge. But it’s still possible we frequently miss the winning number by one pocket. In fact it happens often, because anything can happen in the short term.

Alternatively, we could also bet on 2 pockets both sides of +15. This would mean we bet a total of five numbers. It would ultimately reduce our edge, but increase the average profit per hour. Plus it would also limit variance, meaning profit would be more assured in the short term.

From the casino’s perspective, short-term is quite irrelevant. But if you’re a player, you need to be out of the casino as soon as possible with your profit. For this reason, most advantage players bet between 3 to 5 numbers on each spin.

There is a limit though. Consider again the above chart. If we bet say 20 numbers, then we may be making bets that are actually unprofitable. You may be betting both a profitable and unprofitable area. Betting on the unprofitable area means we have reduced our edge. How many numbers is too many? That depends on the chart you get, such as the one above. The broader the peak, the more numbers you can bet, without reducing your profits.

Does 0 and 00 Count As Even In Roulette?

What Are The Odds of Red or Black Spinning In a Row?