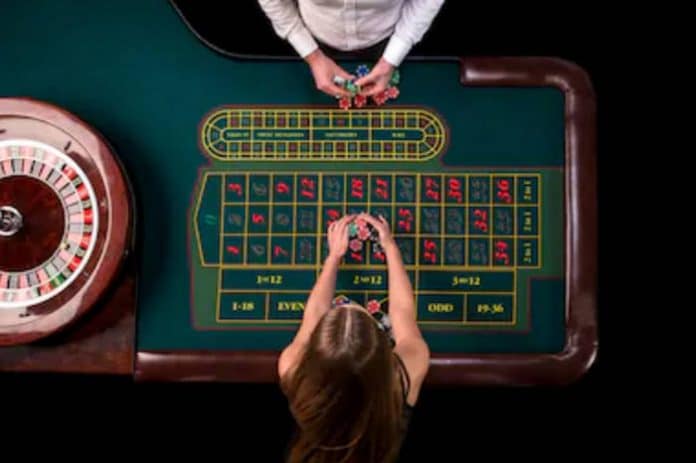 Roulette advantage play is essentially any professional roulette system that works. The very term advantage play was coined by casino staff, specifically because it gives the player a legitimate advantage. Casinos don’t call just any Roulette system advantage play because most systems lose. You would think that casinos know when their games can be beaten, because after all they monitor all money won and lost. This is your first clue that advantage play roulette systems do genuinely work. One more note on the term advantage play – it does apply to other games, most notably blackjack. In the case of blackjack, it specifically refers to card counting and shuffle analysis where small but reasonable edges can be achieved. But the release of shuffle machines that constantly reshuffle have just about eliminated any significant edge if you can’t count alone, although it is can be greatly enhanced by analysing the resulting shuffles.

Genuine advantage roulette play involves the application of physics, which may sound complicated but is actually quite simple. One of the most common at used and easily understood examples is the effect of dominant diamonds. These are the metal deflectors situated around the rim of the wheel, commonly called disruptors by roulette wheel manufacturers. Another name for the diamonds is pins. It is almost physically impossible, at least in the real world, for the ball to hit all diamonds an equal amount of times. Keep in mind that the roulette wheel is a physical and manufactured device, and thus is subject to physical imperfections. It is also almost impossible to perfectly level a roulette wheel. The levelling of a roulette wheel basically means to put the wheel on a perfectly level surface, although to get technical it is the actual ball track itself it needs to be level, not the base of the wheel itself.

The relevance of the dominant diamond effect is that the ball will at least fall at certain points around the wheel more often than would normally be expected if the spin outcomes were random. For example, observe which diamonds are hit by the ball on 10 to 20 spins per direction. Almost every wheel will have at least one diamond where the ball hits or frequently. Simply put, this is not random, and any nonrandom behaviour contributes to the predictability of roulette spins, and thus provides the roulette player with an advantage. It makes no difference if the wheel is online or in a real casino, because the same physics apply.

So from this point on, once you have established that the wheel has dominant diamond, you already know approximately where the ball will fall at least an inordinate number of times. Remember that the roulette player does not need to know exactly which diamond will be hit, only that specific diamonds will be hit more than others. Another component for an advantage is knowing which number on the wheel will be beneath the dominant diamond when the ball hits it. This is not at all difficult to know if you are using an electronic timing device such as the roulette computers at roulette-computers.com. Then the final component, at least from a simplistic perspective, is knowing how far the ball will actually bounce. The actual ball bounce is called scatter, and in most cases the scatter of a wheel is reasonably predictable. There is lot more to it, but these parts are the basics.

So here we have three elements, the dominant diamond, the rotor position, and the scatter. Each of them are very easy to predict and assess of course some wheels are more difficult to predict than others, although you don’t need perfect predictability. In fact, advantage roulette play requires only very slight accuracy to overcome the very slight house edge, which on a European roulette wheel is -2.7%.

Of course there are various other types of advantage roulette play that generally are effective, but none more effective than roulette computer devices. Generally advantage play is not considered cheating, as cheating involves specifically breaking laws. But as laws differ between jurisdictions, devices such as roulette computers may be considered me advantage play which is legal, or it may be considered outright illegal. Generally speaking, at least at the time of writing this article, roulette computers are legal in approximately half of the world’s casinos. There have been jurisdictions where it was previously illegal, but eventually became legal, and therefore the responsibility of casinos to police themselves. Ultimately casinos are usually private property, and casino staff can exclude any players for any reason. I have never personally known of any roulette computer player that has been charged with a crime. This is problem because roulette computer users, if detected, aren’t taken out back and bashed, or charged by police. This is not to say that it will never happen. But what casino staff will do if they suspect the roulette computer player, is they will simply call no more bets earlier until the player loses or leaves.

There is no specific maximum advantage possible for roulette, except unless you are winning on every spin. But this is an realistic. With the roulette computer, edges of up to 150% can be achieved. Specifically 120% was achieved in one of my last public demonstrations of my roulette computer. Every time I place the wheel on the ground and level it, the results are different, but the average results for testing on my roulette wheel are around a 50% edge. This is an enormous advantage over the casino, again considering the typical edge against the player is -2.7%. I do not know of any gambling game, in or out of the casino, with such an enormous edge can be achieved. This is why roulette is my game of preference, and the best of roulette advantage system is a well made roulette computer.

How to Beat RNG Roulette, Slot Machines & Other Casino Games