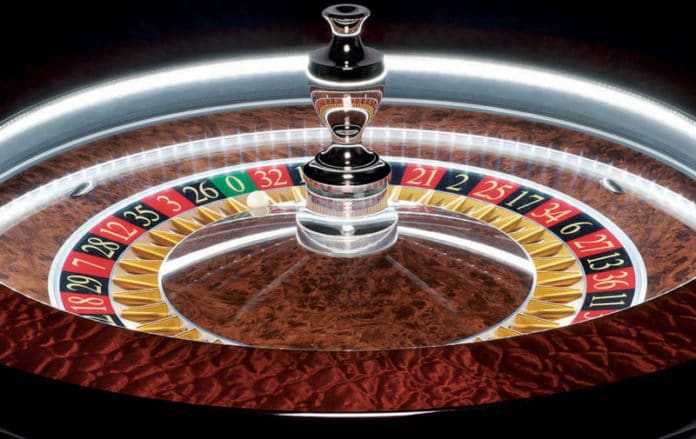 Auto roulette is still real roulette. It involves a real physical roulette wheel and the ball. However, you can’t beat all wheels. This article discusses the differences between live dealer roulette, and auto roulette.

Which Systems Work For Auto Roulette?

I’m assuming you at least have basic understanding of winning roulette systems. If you are unfamiliar with advantage play, I suggest seeing the page that explains why systems do or don’t work. Because if you use a garbage system like the Martingale, it won’t work on any wheel. It won’t work on live dealer roulette, automated roulette wheels, or random number generators. This is because the Martingale does not even consider where the ball lands. As such, it doesn’t change the odds of winning. So you may as well be making random bets.

To this means the only truly effective systems exploit roulette wheel physics. This includes techniques such as visual ballistics and roulette computers. They are not necessarily the only techniques that work, but these are the standard and proven approaches. If you prefer to believe in fairytales of magical systems that use principles like the law of the third, you’re on the wrong website. Here we deal with reality, as unpopular as it is.

How Are Automated Wheels Different?

The physics of the roulette wheel and ball a much the same on both auto and a live dealer wheels. It doesn’t matter if the wheel is online or in a real casino, because the physics are the same. Although you can get an online roulette bonus with internet casinos, carefully read the terms so you know when withdrawals are permitted.

When comparing real and auto wheels, there are some critical differences discussed below.

The rotor is the spinning part of the wheel, which contains the numbered pockets. The rotor of automated wheels does not decelerate at a natural rate. It is operated by an electric motor beneath the rotor. The speed is variable, as it would be with a live dealer.

However, once the rotor reaches its target speed, generally it maintains its speed instead of decelerating. This alone would make the wheel more predictable. However, the reality is the rotor makes subtle changes to its speed. These changes usually occur after bets have closed.

Let’s put it into perspective. Assume you are applying a roulette computer or visual ballistics. After the ball and wheel begin spinning, you take your measurements, predict winning number, and bet. Usually casinos allow late betting like this, because it maximizes bets on the table, and therefore casino revenue from normal losing players. Roulette wheel behavior is easy to predict if deceleration rates are natural, as they are with normal roulette wheels. But auto roulette wheels generally change speed after bets close. So hypothetically the winning number was going to be zero, but the rotor speed change means the new winning number becomes 10 – which is on the opposite side of zero on the European wheel.

You might assume this makes the wheel impossible to beat with roulette computers or visual ballistics. The reality is the rotor speed changes are not as devastating as you would think. Firstly, if the rotor speed changes are too dramatic, they are easily noticed by players. And this leads to a loss of trust from ordinary players, because they believe the spins are being manipulated against their favor. I’m not talking about roulette computer players specifically. I’m talking about ordinary players with typical losing systems. Of course the reality is that these players will lose just the same with or without the random rotor speed changes. But the perception of the player is very important to casino revenue, because casinos need players to trust the integrity of games.

For this reason, rotor speed changes are mostly minor. So typically they only reduce the effectiveness of techniques such as visual ballistics or roulette computers. Very rarely do they completely eliminate the edge.

Also it’s important to differentiate between the random rotor speed changes after bets closing, and the randomized rotor speeds that occur with any wheel – including live dealer roulette. With live dealer roulette, the dealer controls the initial speed of the rotor. But roulette computers measure the speed of the rotor on each spin, and apply the deceleration rate to calculate predictions. So initial spin speed doesn’t affect roulette computers.

Some auto wheels also apply the air blower discreetly towards the end of the spin. You might not even hear it, even if you’re sitting next to the wheel. Depending on the settings applied to the individual wheel, this may or may not make any significant difference. Generally it does make a difference, although typically it just reduces the player’s edge, rather than completely eliminating it. This is with reference to ballistic techniques like roulette computers, where you bet after ball release. But it does not at all reduce the effectiveness of other approaches – some of which are mentioned on our top roulette system page.