How Online Roulette Has Improved Over the Last Decade 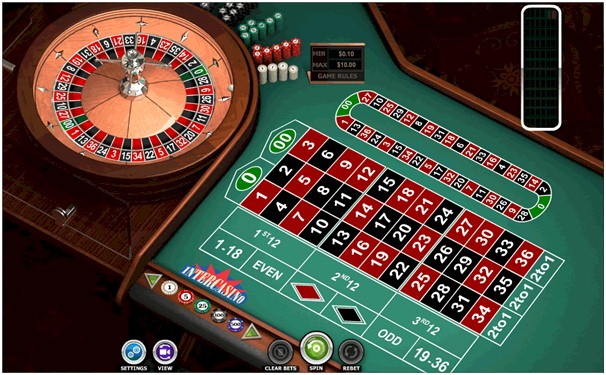 While the total gross gaming yield (GGY) of the UK’s gambling industry declined by 0.5% to £14.3 billion in September 2019, the iGaming niche has gone from strength to strength during the same period.

For example, remote casino and virtual sports betting increased by 3.9% and 4.3% in September’s figures, while online bingo saw its own yield rise by a whopping 12.5% to £198 million.

Roulette remains a key driver of growth within the iGaming space, and you can find out all about this vertical at www.roulettesites.org. In this post, we’ll look at how online roulette has improved over the course of the last decade and ask where it’s headed in the future.

1. The Rise of Mobile Gambling

The rise of virtual gambling can at least be partially attributed to a significant increase in mobile penetration, which has enabled players to access their favourite roulette games and iterations from anywhere.

In December 2019, the UKGC reported that the proportion of online gamblers who wagered regularly using a mobile phone reached 50% for the very first time.

This represented a marked increase from the 44% reported in 2018, as a growing number of players sought to access their favourite casinos during the daily commute and at similar times during the day.

Based on various studies published in recent times, the growth of mobile casino players has amounted to 117% during the seven years between 2012 and the end of 2019.

This has certainly had an impact on games such as roulette, which now benefit from responsive design and the use of HTML5 technology. Roulette titles can now also be accessed through native apps on iOS and Android, in addition to responsive mobile sites that boast comprehensive desktop functionality.

As a result, mobile roulette has helped to optimise accessibility without compromising on gameplay, which has added significant value to the typical wagering experience.

In truth, this is part of a wider trend that began way back in 2010/11, when casino games first began to benefit from the application of three-dimensional graphics and immersive audio surround sound.

We’ve also touched on the gradual shift to using HTML5 instead of Flash technology, which has made it possible to create incredible games using vector graphics (such as SVG) and accurate animation effects.

This has had the main benefit of making games brighter and clearer, with HTML5 automatically adjusting to the unique screen resolution of each desktop or mobile device. This is ideal for games like roulette, which typically boast striking colour contrasts and set the wheel against relatively dark backgrounds.

Modern, HTML5 games also load quickly and smoothly in all reputable web and mobile browsers, so that you can optimise the amount of time that you spend playing rather than waiting for titles to open.

Make no mistake; improved graphics and audio have undoubtedly created more immersive and exciting roulette games, particularly those that can be played in real-time.

3. The Emergence of Live Casino Roulette

This brings us neatly onto our final point, as the rise of live and real-time casino gameplay has undoubtedly added a brand new dimension to online roulette.

It has also created additional layers of excitement and competitiveness, which is ideal for serious players who like to deploy advanced betting strategies and systems to their advantage.

Live roulette games feature corporeal and interactive dealers, who create an innate sense of realism and enable you to access an authentic wagering experience from the comfort of your home or commute.

This vertical has also evolved considerably over the course of the last decade or so, from the introduction of live dealers and authentic audio to the subtle deployment of random number generators and the decision to create realistically paced games.

This means that you’ll see the roulette wheel spun approximately twice during each minute, as the surround sound puts you in mind of your corporal local casino venue.

Arguably, this trend is becoming even more prominent in the age of virtual and augmented reality, as relevant headsets penetrate the consumer mainstream and become increasingly affordable from the perspective of customers. These undoubtedly bridge any remaining gap between physical and online roulette, potentially making brick-and-mortar casinos increasingly moribund.

For some, this represents the single biggest way in which online roulette has changed and improved during the last decade. However, it’s interesting to note that many of these trends also interact with one another, especially when you consider the fusion of mobile gameplay and live casino action!