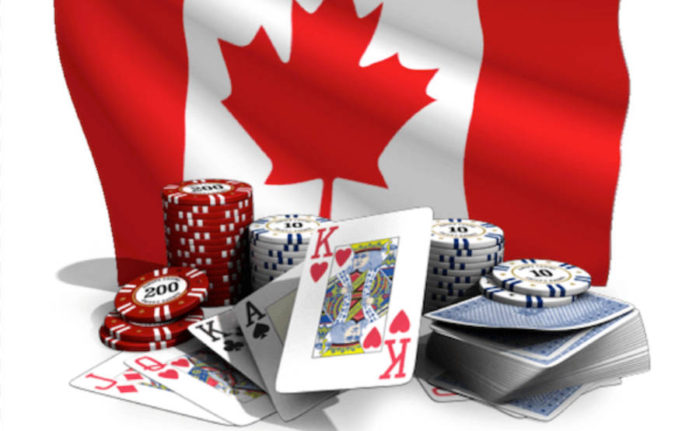 In the last few years, online gambling and gaming in the form of poker, roulette, blackjack and others have become common. They are played not only commercially, but are also enjoyed among family and friends. However, like all forms of gambling and betting, they need to be governed by certain governmental rules and regulations.

Governments in most countries have tried to regulate gambling and online gaming by passing legislation. For the government it leads to an increase in revenues as well as helps in protecting the interests of its population from scrupulous companies.

In Canada, the government has drafted extensive laws with regard to offline gambling and betting. However, it needs to be pointed out that provinces within the Canadian Union like Quebec, Kahnawake and others have also pushed for their own legalities and Gaming Commissions.

In this article, we are going to important aspects like-

The History of Gambling Laws in Canada

Canada has been very strict when it has come to gambling or betting historically. It needs to be pointed out that very few, almost a handful forms of gambling had been historically permitted in Canada for a very long time.

However, all this changes in the 1970s when the central government and the provinces realised that very many people were doing this. Rather than banning everything, the government thought that this could be a viable opportunity to increase revenues. They looked at provinces enabled legislations that would help the states raise their taxation revenues.

It also meant that bringing such activities in a regulatory form would enable better monitoring and supervision. This paved the way for the opening up of several new physical casinos within Canada’s borders.

This also extended towards legalizing the entity of sports betting outlets in the different provinces of Canada. However, the rules and legislations concerning Online Gaming are a bit different.

The gaming laws, which operate for physical entities and online gaming, are a bit different. In other words, there are some complexities when it comes to Online Gaming Laws in Canada.

In this regard, you will see that most of the provinces have drafted their own pieces of legislations. They also require Online Gaming Operators to seek licenses from their own Gaming Commissions.

However, online gambling is far more difficult to regulate than physical gambling. I would want to list three important questions-

In the third instance, there is no question of any illegality-taking place. With regard to the first two instances, I wanted to share some data.

The region of Kahnawake is an Indian Reserve (Protected Area), which stretches to about 49 square kilometres. It is situated within the Canadian province of Quebec. It is also known as the ‘Mohawk Territory’.

The small region of indigenous population was one of the first ones to recognize the popularity of online gambling and gaming. In 1996, the Sovereign Council of Kahnawake also known as the Mohawk Council passed the Kahnawake Gaming Law in 1996.

The Kahnawake Gaming Commission was also established as a by-product of the new law. The Commission studied the landscape of online gaming and in 1999 passed distinct rules, regulations and licenses to online gaming operators.

There are four kinds of licenses, which the Commission offers-

The Kahnawake Commission is also working with other regulatory bodies like Malta, Antigua and Barbados to streamline the online gaming processes for consumers and businesses. Established and respected gaming platforms like Yukon Gold have official licenses from the Kahnawake Gaming Commission.

How to protect yourself when playing online

Even though there are many regulations and laws, which are trying to protect the interests of consumers, being safe and doing due diligence on a platform should be a consumer’s top priority.

Do your research and read reviews on the website-

Whenever a consumer wants to engage with online gambling or betting, they should always verify the platforms or the websites. This means reading reviews about the website on reputed journals and forums.

Check for Licenses and Registrations from Gaming Commissions-

Consumers should also check whether the platform is licenced by authorities or Gaming Commissions. It is best to stay away from platforms, which are unlicensed. If you are not playing professionally, it is also safe to keep your bets and investments to a minimum at all times.

Explore the ease of the Cashing Out Feature on the platform-

Experts who study and analyse platforms also suggest cashing out your winnings as soon as possible. This helps you get your peace of mind. At no point should you have a large sum of money in your account.

See how Safe and Secure the platform/website is-

Veteran online gamers also encourage regular consumers to check the safety and security of the platform. As consumers would be storing financial details, it is best to examine how safe the firewall really is.

Online Gaming Laws are evolving and they will keep evolving according to the needs and requirements of casino players and the times. In this article, we have tried to help you with Gambling and Gaming Laws in the country of Canada. We have also tried to look at provincial legislation and commissions.

If you have any further questions on the legality of the various platform, please mention them in the comments section. We will try to answer all your queries.

How to Choose an Online Casino to Play Roulette

How To Play Roulette Online