What Are The Odds of Red or Black Spinning In a Row? 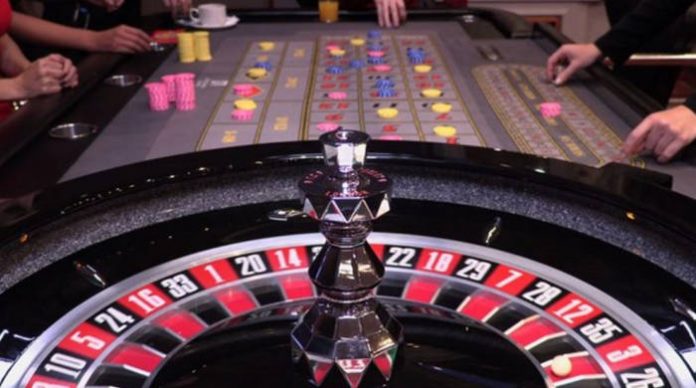 Around 20 years ago, when I had no idea about winning roulette, I approached a roulette table with around 10 reds in a row. I thought to myself that black is due to spin next. After all, what are the chances of red winning again, right? Well I lost. Then I said to myself I’d have to be very unlucky to lose again. So I increased my bet, and lost again. This happened for the next few spins, until I eventually blew my entire bankroll. I lost everything that I so proudly won earlier with my dozens betting system. Only many years later did I understand my delusion.

The image shown here looks crazy I know. It was originally published by a player who seemed to want to discredit the casino. But the truth is the casino staff were adjusting the wheel and attached equipment, which gave the strange readings. It is still possible such a sequence will spin, but I’ll explain more about it later.

The odds of red or black spinning in a row

On the European wheel, there are 37 numbers. 18 are black, and 18 are red. So the odds of red spinning are 18/37 = 0.4865. The odds of black spinning are the same. And it’s the same for any “even chance” bet including highs and lows, and odds and evens. The odds do not change no matter how many reds or blacks have spun in a row. Consider again my loss when I bet on black. What I failed to realize is the odds of black or red spinning next are not affected by previous sequences. There is an exception that i wont explain in this article, but the statement is true in the cases of almost every losing roulette system.

Take my situation for example. Some players at the table thought red was on a winning streak, and that it would continue. I saw it differently and expected the streak to end. Who was right? Actually none of us were right. I just happened to get unlucky.

The odds of dozens spinning in a row

There are three dozens on the table, and 37 numbers. So the odds of a dozen spinning once is 12/37. Again the odds don’t change based on previous dozens. They will always be the same. If you’re new to roulette, it may be hard to get your head around the concept. But keep in mind thinking that streaks will continue or end is one of the most common misconceptions about gambling. It is a concept that is old as history itself. Billions of gamblers have applied the principles and lost. It might be wise to consider what so many people have learned.

If you need convincing of the above, I suggest run hundreds of thousands of trials with automated software. Or even use a simple excel chart. Count the number of times red and red spin, then check the odds that red or black will spin next. the result is the odds are still the same, for both red and black. Actually I created free software to demonstrate this principle. The interface is shown below.

Get the software from http://www.roulettephysics.com/roulette-pattern-detector/

Basically you load as many spins as you want into a text file, then ask the software to find a sequence of numbers like 0,0,0. This will check how many times 0 spun three times in a row. Then check how many times the numbers 23,4,15 spin in this exact sequence. If you test enough numbers (millions or more is advised), you’ll find the odds are still the same. So the odds of 0,0,0 are the same as 1,2,3 or 3,2,1 or 14,12,34 and so on. So next time you see three zeros in a row, don’t be so surprised. Because really it’s the same as any other three numbers. It’s merely more recognizable to you. After all, three zeros seems pretty obvious on the marquee (where winning numbers are displayed).

Maybe you now understand this. But here’s the part you may not understand yet . . .

Most roulette systems use a betting progression. For example, after 3 reds in a row, you bet on black. But this is fundamentally the same as after red,black and red, you bet black. There is no difference. To take it a step further, now consider adding betting progression where you increase bet size after losses. You may think you’re increasing your chance of winning, but all you’re actually doing is changing the amount you risk. Here’s proof:

If you saw red, red and red spin in a row, you may bet $100 on black and lose. For now forgetting the existence of green zero, the odds of you losing that $100 is 50%. Next you double your bet to $200 and hope to win back your $100 and win an extra $200. But the reality is you have just made two completely independent bets as per below:

The math is very simple. Nothing has changed except the amount you have bet. You can either get lucky and win back your losses, or lose big. Will the casino owner be upset if you get lucky and win? No because they know for every winner, there’s a loser. And in the bigger picture, there are more losers than winners. In fact casinos actually need people to win sometimes, to keep hope alive.

To win roulette consistently, you need to see past the illusion of sequences and patterns. Patterns like 1,2,3 spinning make sense to us, but really it’s no different to 32,4,10 spinning. And betting progression wont change anything except the amount you win. The only way to beat roulette is by changing the odds of you winning, and this is not done by looking for repeating numbers, or numbers that haven’t spun in a while. It is done by understanding why the ball lands where it does, and using this knowledge to properly assess a wheel and predict spin outcomes.