New Roulette Sites and What They Have In Common 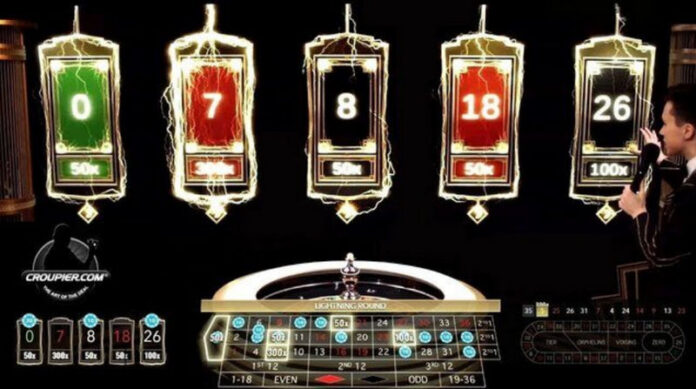 Roulette is one of the most historic games in the casino. The roulette wheel was based on an invention by Blaise Pascal, the 17th century mathematician, philosopher, theologian and all-round clever clogs. Not that he was planning on creating anything so tawdry as a gambling machine – the wheel was actually part of his research into the concept of perpetual motion.

Had he succeeded, we would all have a limitless supply of clean, free energy. As it transpired, perpetual motion remained nothing more than a theoretical notion, but we were rewarded with the consolation prize of a game that continues to enthrall and delight almost 400 years later.

The allure of the wheel

There’s no image of the casino as iconic as the roulette wheel, and it is one that has been romanticized on the big screen by everyone from Humphrey Bogart in Casablanca to Sean Connery in Diamonds are Forever. But we all know that casino gaming doesn’t stand still. While there are certainly many who enjoy the traditional nature of roulette in a physical casino, there are also plenty of online players who are open to new variations on this time-honored theme, and new roulette sites are only too eager to showcase the wares of game developers.

There are two basic facts that are acknowledged by everyone in and around the casino industry. The first is that it is incredibly competitive and crowded, and the second is that it is no easy task for one casino to differentiate itself from another. That’s good news for players, and as depicted by casinosenpai.com, the best roulette sites have lucrative bonuses and a wide selection of games. New sites, however, are more likely to push the boat out and perhaps to work with the more innovative independent game studios to offer something out of the ordinary.

So, what does that mean as far as roulette is concerned? The average layman will tell you that there are two variations of the game, European and American, and that the main differentiating factor is the additional double zero slot on the American wheel. Yet that only scratches the surface of the roulette games that are now available if you just take the time to look around. Here are three examples to whet your appetite:

It’s not just about the newest games

There’s an old saying that it doesn’t matter what you’ve got, it’s what you do with it that counts. New roulette sites tend to be the ones that are most attuned to evolving trends in casino play, and these are certainly taken into account with these new games. Specifically, it’s important to note that these are all live roulette games that involve a real dealer with whom you can communicate via the chat function. It’s a type of gaming that has become more important than ever over recent months for obvious reasons.

The other aspect is mobile compatibility. Some say that the power of today’s smartphones means that PCs and laptops will soon be rendered obsolete for casual home use. That might or might not be so, but one certainty is that mobile is the most popular platform for casino gaming today, and the newer sites are constructed from first principles with that fact firmly in mind.

Immersion, VR and The Future Of Online Gaming