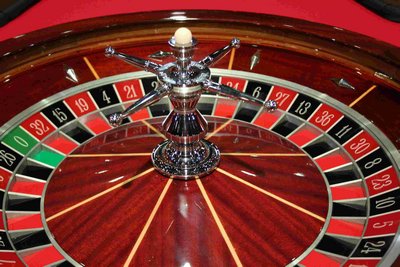 So you’re looking for a sure win roulette system? If you never play roulette, you won’t lose. But a risk-free roulette system that never loses simply doesn’t exist. You can try the roulette simulator for free all you like. Not even the best roulette tips will guarantee you win.

The principle is no different for the casinos, except their risks are much lower, although also with a lower percentage return. On the European wheel they have a 2.7% edge over average players, but they make millions. So they have a long term advantage over players. But of course sometimes a player wins big, and the casino loses a bit of money. But it doesn’t take them long to earn it back.

The Fallacies of Winning at Roulette

Firstly, a fallacy is basically a false belief. And most roulette players have blatantly false beliefs, without ever realizing it. This article explains the most common fallacies.

Generally we all like to think we have a reasonable understanding of things. And it’s often difficult to understand that reality may be very different to what we think. If you are not consistently winning at roulette, or are new to roulette, then you may need to read through this article a few times to fully grasp the concepts.

The Consistent No Lose Roulette Bet (aka consistent winning bet)

If you’ve spent time at roulette forums, you may have come accross talk about the Charles Edward Hampshire consistent winning bet. Basically a forum member claimed to have a consistent winning bet. He gave a long trail of clues and tips that were very roundabout, but never gave people solid information. He created a website called win3million and claimed to operate a non-profit foundation. Unfortunately many people were duped, passionately supported him, and wasted countless hours listening to the nonsense he posted. Many people who tested the principles mentioned by “Charles” claimed it failed. Others claimed the opposite, and that they were winning. The majority were losers, but it was still actually never clear what the “consistent winning bet” supposedly was.

The same individual did the same thing under different usernames. Eventually I came into contact with him, without realising who he was until much later. I asked him why he posted all the material that generated such a following of people for nothing, his response was that he liked to make people think. And together with other things he said, it was clear that he knew he was misleading people about who he was and his experience with roulette. But he actually believed there was some no lose consistent winning bet, and that he was somewhat bringing people on a journey with him to discover this winning bet. But clearly he never even had such a bet in the first place. Some people still actually believe him.

Again he is not the only person like this to mislead so many people on forums. There have been many, and much the same thing happens:

1. A new forum member claims to have the holy grail to win at roulette.

2. Some forum members quickly see the member is “full of it”, and other members carefully follow everything the member says.

3. The member posts countless hints and clues, professing that worthy people will eventually figure out the secret to the holy grail of roulette.

4. Eventually people get bored of the endless riddles and clues, and stop following the member. Some people test principles from the hints that look promising at first, but eventually fail.

5. The member claiming to have the no lose roulette system eventually leaves too, but comes back under another fake name to repeat the process.

One of the reasons why someone would cause this kind of deception is because they want other people to test an idea or concept for them. It’s an unethical thing to do, but in their view they are helping people and working with them, and they think misleading others is potentially for their benefit anyway.

I wont say it doesn’t exist. There’s a lot more to this universe than we’ll ever understand. But I will say if it exists, the holy grail will use principles that are are new, and have not been tried by millions of gamblers every day. Doesn’t it make sense to try something NEW?

On roulette forums I try to explain to people why a system they are testing wont work, but rarely is what I say understood. Although admittedly I wouldn’t have fully understood it either 20 years ago, or even wanted to understand it. I created an article about the best ways to win casino roulette to explain why particular approaches don’t work, and which approaches do work. The rest of this page will explain the most prevailent roulette fallacies applied in losing roulette strategies.

Betting progression helps you win: Increasing bet after losses is known as the martingale system. Consider the example where you bet 1 unit on red and lose. On the next spin, you bet 2 units and win. Then you are paid back the 2 units you bet, plus another 2 units. So overall, after 2 spins your bankroll is +3 units. You may think you bet higher to cover losses, but all you actually did was bet a different amount on a different spin.

Put another way (ignoring the presence of zero for now):

There is NO CONNECTION between spin 1 and 2. They are completely independent events. Now you could just increase the bet size until you win, and sure you’ll eventually win. But what will you have lost in the process? And when will you reach the table betting limit?

Thinking something is “due” to happen: If you had 10 reds in a row, one player may think black is “due” to spin next. Another player will think red is on a streak and that it is more likely to spin next. Who is right? Neither, because the odds of red or black spinning next are still equally the same. It is the same case for any other roulette bet on the table.

A common manifestation of this fallacy is considering the amount of spins between numbers repeating. For example, if you were tracking number 32. You might wait for number 32 to not spin for 30 appear for 30 spins. Then 32 wins twice within a 10 spin period, and you might think 32 is becoming a hot number. But the fact is at this point, number 32 is just as likely to spin as any other number (excluding the use of proper advantage play methods). You don’t have to take my word. Test it for yourself. Consider any sequence of spins, and wait for a “trigger”. Then see the frequency at which your target number spins. But remember to test it over a statistically significant amount of spins, which should be hundreds of thousands of spins. You’ll find that the odds have not changed.

The roulette wheel has a memory: The wheel is an object and not not care what numbers spun previously. There is still a connection between one spin and the next, but not in the way most players assume. One example is like with the previous point, nothing is ever due to happen. The croupier (dealer) spins and ball lands where it does because of real physical factors, otherwise known as cause and effect. The wheel also does not know your bankroll and doesn’t care what bets you have made. The odds never change, unless you are predicting a winning wheel sector that is at least remotely effective, and correlates to tangible physical variables.

An effective roulette system doesn’t need to win over a million spins, because most players will never even play that many spins: It is very easy to design a roulette system that sometimes wins over 10,000 spins. Even random bets on red or black, odds, evens or whatever can achieve this. Remember the house edge is only -2.7% and it’s still possible for a player to profit. But a player getting lucky doesn’t mean the system is genuinely effective.

Another way of explaining it is out of 1000 players, 550 may be losers, and 450 may be winners. The 450 players all think they’re masters of roulette because they have profited so far. They tell everyone on roulette forums how great their system is. And the 550 players have overall lost with roulette, and listen attentively to the 450 players who have won so far. The casino owners look at both groups and think they are blind idiots. The casino owners need those 450 winning players to convince other players that “winning is possible”, although the casino has a long term advantage. In a nutshell, casinos make money because most players lose. And they rely on the ignorance and inexperience of players.

So what DOES work? Well you need to overcome the unfair payouts known as a house edge. This can only be done by predicting the winning number with at least some accuracy. So here it is, the key to winning roulette: predict where the ball will land.

It sounds simple, right? But how many systems do you know that actually try to predict the winning number? Most systems don’t even consider the winning number. One of our most important roulette tips is to focus on the wheel. Most systems use progression, or look for patterns that don’t even exist except in a past group of spins that have no connection to future spins.

I've been a professional roulette player for over 20 years. I run the world's largest team of professional players, and am widely considered the...
Read more
Roulette Systems & Strategies

The possibility of profiting in casinos with psychic prediction. Most so-called "rational" people would say you can't use psychic ability to profit in casinos, because...
Read more