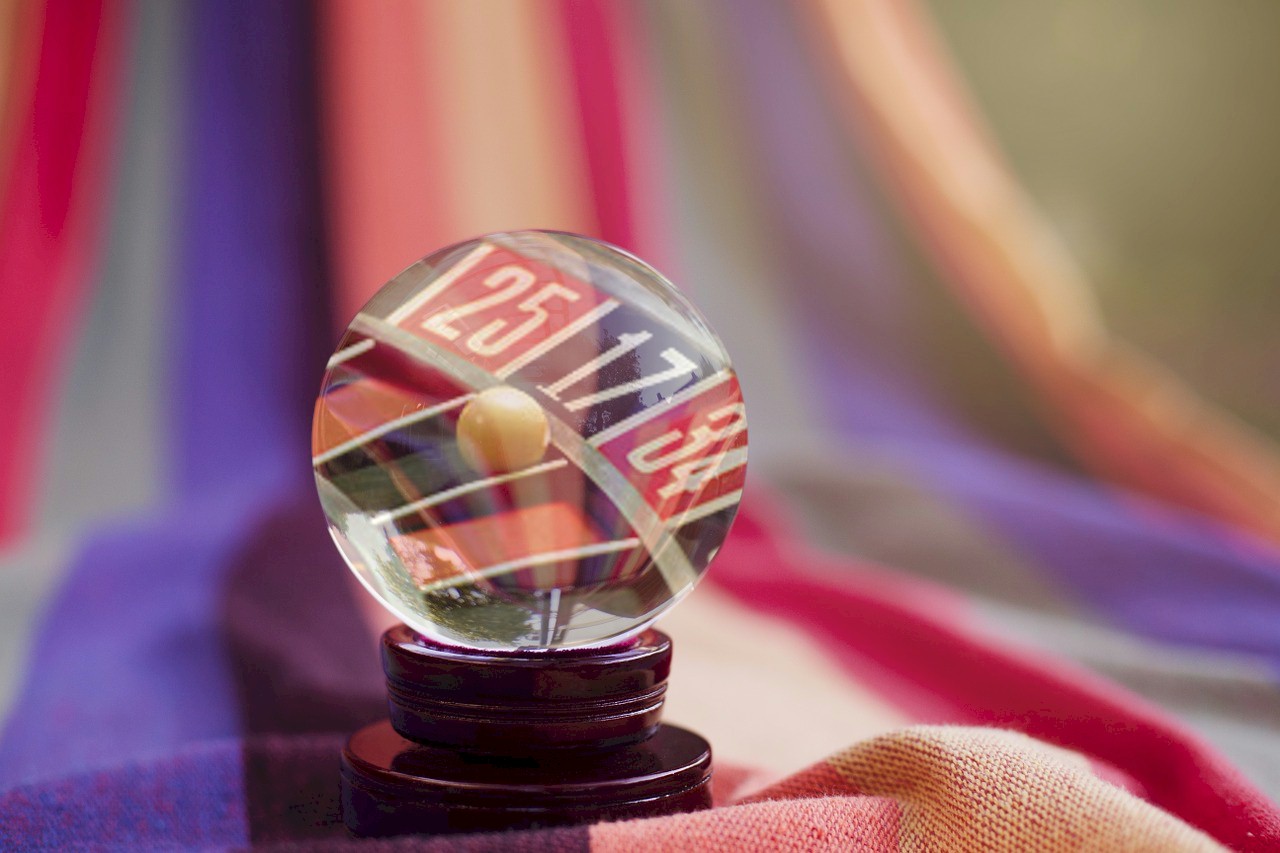 The possibility of profiting in casinos with psychic prediction.

After all, if it were possible to use precognition to predict games like roulette, blackjack, poker, craps etc, then it would make big news and everyone would know about it. Right?

The short story is I’m a rational and educated person. I believe not only is precognition real, but also it can and is being used in casinos. I believe almost all players use it without even knowing, but lack accuracy required for sustained profit. I also believe precognitive abilities will inevitably disrupt the gaming industry.

What Do You Really Know?

One of my favorite quotes is:

“True knowledge exists in knowing that you know nothing.”

Firstly, there is so much we all have no idea about. Comparatively, we all know next to nothing. Knowledge of our ignorance should highlight the fact there’s a whole lot we don’t know about.

This is the proper scientific attitude everyone should have to new concepts. Specifically be open to possibilities. Form your opinions on broad and unbiased information. A belief without education is just empty and misguided opinion.

You should know just because you don’t SEE something, it doesn’t mean it doesn’t exist. Most people would agree with this, but still may not believe precognition is real. Why? Because they don’t have sufficient credible information to prove it. This article will better inform you, so you can form an educated opinion.

Psychic phenomena is one of the most poorly understood and under-developed technologies.

I’ve always been interested in science (physics) and spirituality. They are just different expressions of the same thing.

I’ve been developing approaches and technology to beat gambling and casino games for over 20 years. My most notable technology is the roulette computer devices, which use hidden cameras to measure ball and wheel speed to predict winning numbers. Again I’ve been developing methods to beat casinos for over 20 years – almost every day. Although my focus is now more on other projects.

Beating roulette is still one of my passions. Another passion is psychic and all related phenomena. This is not because I dream of Jedi force powers. It’s because I’ve come to understand we are far more than physical bodies, and I want to learn more about who and what we all are. So my interests are more “spiritual” without a focus on monetary gain. Whether or not psychic abilities can be used in casinos is interesting for me because it merges two of my passions.

I’ve also been an energy researcher for over 20 years. This includes but is not limited to work by Nicola Tesla, Viktor Schauberger, and a variety of others. What have these scientists got to do with spirituality? Actually that’s where their work led. Essentially we are non-physical beings in physical bodies. I base this on decades of credible research, and my own experiences. Just saying I’ve done my homework is inadequate. I’ve been in this field of research since about 1995.

This is at least a brief explanation of my background. My point is, really, I’m a reasonable and educated person. And my opinions are not mere speculation.

Why Most People Don’t Believe In Precognition

There are many reasons why most people tend to believe precognition in gambling isn’t possible. Some are logical and reasonable. Some aren’t. A list of typical reasons is below:

The Different Types of Psychic Phenomena

It’s important to understand there are many different types of physic phenomena. For example:

Remote viewing: The ability to see a place (in your mind) without physically being there. There’s ample evidence that it’s absolutely real. What’s more is it appears possible to see locations even at different TIMES in history.

ESP (Extra-sensory Perception): Communicating with others with thoughts and/or emotion (no words).

Clairaudience: hearing voices or sounds or present or past events.

There’s much more. And like with any ability, some people have a natural talent. And anyone can develop their ability.

In the case of predicting future gambling game outcomes like roulette, precognition would most likely apply. But this isn’t a solid rule. Natural abilities are deeply personal, and you may find you “hear” numbers and predictions in your mind. Or maybe you just get a feeling in your gut. So what works for one person may not for another.

Why Aren’t Psychics Winning The Lottery?

This point is blinding to people who don’t understand the issues, as explained below:

We all have psychic abilities to some degree. Have you ever walked up to a roulette wheel and had a gut feeling some number will win, and it does? It will happen 1 in 37 times. But if you’ve been around wheels long enough, you may find it happens an inordinate amount of times. But at the same time, if you TRY to predict an outcome, you can’t achieve the same accuracy. It’s as if the harder you try, the less accurate you’ll be. The very process of “thought” appears to block accuracy.

Furthermore, you don’t need 100% accuracy. You only need to have only slightly better than random accuracy. This is because the house edge is only slight.

Perhaps most reasonably skilled people may at best “reduce” the house edge. So although they achieve a slightly better than random result, it just may not be enough for consistently profits. This is what credible research has found. But one group figured a way to boost accuracy. This is done by using numerous “psychic predictors” and basing the final prediction on a “majority vote” between all “psychic predictors” . More about this is explained below.

The group who pioneered the “majority vote” method is SRI (Stanford Research International). These are the same people who worked with the CIA for years on remote viewing.

The results indicated the predictions of red and black on a roulette wheel were significantly enhanced, and by enough to overcome the house edge.

You may also notice the accuracy was significantly higher at the start of the trial – this is very common, and a significant anomaly in itself. I believe this is what may often be perceived as “BEGINNER’S LUCK”.

While the results were clearly positive, the problem is not enough spins were tested. As explained above, one of the problems with testing is it is very time consuming, must all be done manually, so verifying legitimacy is difficult.

My own testing of the algorithm had great results. It was done a few years ago where about 200 players (from my forums and mailing lists) were asked to predict spin results, and the “majority vote” method was applied. I also had the problem statistically significant testing being impractical.

I haven’t yet have time to do further testing with the Android apps. It’s also difficult to coordinate a mutually convenient time for all participants.

Everything I want to explain is too much for this page. One day I’ll probably write a book about it all. But below are some suggestions for further research:

https://www.cia.gov/library/readingroom/collection/stargate – This is a whole lot of reading. If you want proof and credible reports, there’s more than enough here. But it will take you weeks to read through. You won’t believe some of the research, especially as it’s publicly available. For example, the CIA openly states their test subjects could move living insects through solid objects. There’s much more. And if this is the PUBLIC information, imagine what has been classified. If you think I’m crazy for saying precognition is real, take a look at what the CIA says on their own website. Why aren’t people paying attention? Who knows.

This is in two documents I was sent about 20 years ago. It’s a lot of documentation. I’ll scan it and make it available at some stage. The full document isn’t available anywhere online as far as I know. Although there are references to it in places like the CIA archives.

Essentially they conclude the results were positive, but inconclusive because testing enough spins wasn’t practical. At the very least though, the boost in accuracy from the majority vote method was statistically significant. Although not by enough to say definitively.

This is a university study, which basically backs up SRI’s findings.

There is so much more. To any educated and rational mind, precognition is absolutely real. I don’t just consider it real. I consider it self-evident fact. However, it is still not well-understood – at least by most people. At the very least, using these kinds of abilities for monetary gain seems like a waste of time. I’m sure the CIA knows a lot more than they’re saying. And I don’t expect they’ll release their findings anytime soon, if at all. So further development is up to you, and independent research.

I believe it’s clear anyone can develop their various abilities. But most people are unprepared to dedicate the time and effort that’s required. Mostly our abilities have atrophied, but the potential is always present.

Protect Yourself From Roulette System Scams