Can a Casino Control a Slot Machine? 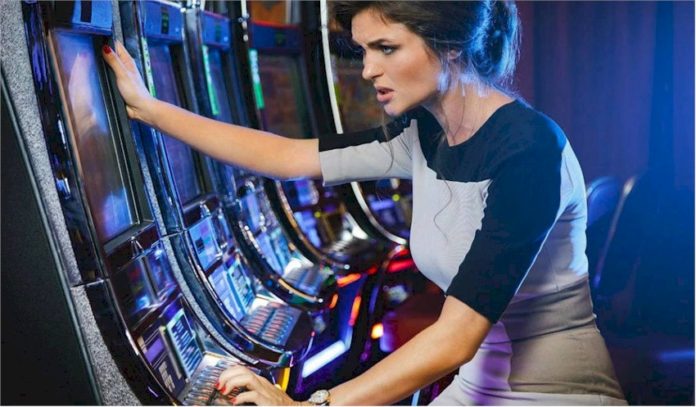 At some point, we have all felt like the casino as against us. Perhaps we hit a run of such incredibly bad luck. So you might ask yourself, can casinos make you lose? Can the casino control the slot machine?

The short answer is yes, but they’re risking a lot of they try to cheat you.

Many roulette players with losing systems sometimes blame casinos for their losses. It’s easier than blaming a bad system they created. When it comes to roulette, the dealer can technically control spins. But unless the wheel is incredibly heavily flawed, dealers can’t realistically avoid your winning bets. And even if they did, they risk criminal charges, and the casino risks losing their license. It just isn’t worth it for them.

Absolutely they can. But whether they do or not is another matter.

In some jurisdictions, the owner of a gaming establishment can easily increase or decrease the payout for machine. It’s not always legal to do though, and again it depends on the jurisdiction. But let’s say for example it was legal. A casino owner may temporarily increase the payouts of new machines. This is essentially to promote the new slot machine. Some might argue that it’s a way to get gamblers hooked.

A slot machine can also be set to give higher payouts, if it’s in a high-visibility area. This was previously a common tactic in some of the world’s most prominent gambling areas. The idea behind it is the more people see big winners, the more it encourages other gamblers. It’s a deceptive practice, although is quite rare these days due to modern regulations and laws.

In most modern jurisdictions, it is unlawful for gambling establishments to in any way alter the payout of machines. In such jurisdictions, typically the law state that the outcome of any games must be due purely to chance. No influence is permitted, either by the player or the gaming establishment. But the chance and payouts can be controlled, although it depends on the specific slot machine.

How To Know What Your Casino Is Allowed To Do

The best way to know what you casinos is allowed to do, is by contacting the government authority that regulates the casino.

Unless the casino is rogue and unlicensed, they will need to comply with a set of strict guidelines.

Most gaming regulations relate to either money-laundering, or fairness in gaming. It also has a lot to do with taxation and government power.

A casino without bank ID requirement is rare. But it doesn’t necessarily mean the casino is dishonest. It could just mean the casino doesn’t agree with unfair government regulations. The website CasinoHEX.se lists some no BankID casinos. I haven’t looked into whether or not these casino are honest though. So always do careful and thorough research before joining any casino.

Because cryptocurrency is a largely unregulated, there are also many cryptocurrency casinos. They function just as any other online casino. The key difference is you wager cryptocurrency such as Bitcoin, rather than government fiat currency – such as the US dollar.

Often a casino that accepts exclusively cryptocurrency is not licensed in any particular jurisdiction. This means that the casino is not subject to any law, of any country. So they could do practically anything they want, and you have almost no legal recourse. After all, you can’t take an entity to court, if you don’t know who they are. If you intend to play at an unlicensed casino, do thorough research before depositing funds with them. Again unlicensed doesn’t mean dishonest, but it raises some big red flags – mostly because there is no oversight. Although I have seen some casinos provide innovative ways to prove to their players that the game outcomes are fair, and not rigged. Personally I’d trust these casinos more than any other, but you’ll need to properly understand the verification provided – and whether or not it’s truly secure.

Any land-based and properly licensed casino is regulated by the government. This is for many reasons. But again it’s basically to ensure no money-laundering is taking place, the due tax is paid, and that the casino isn’t somehow cheating players.

When it comes to slot machines, every individual machine has its own internal statistics. So any time, government authorities can see statistics such as:

Many years ago, I saw the detailed statistics of one particular slot machine. It was on a piece of paper printed by the machine, but left behind by the casino operator. I was surprised to see that in about a month, that particular machine had processed about $400,000 in cash. That’s an absurd amount of money for a single machine. But since then, I’ve had many conversations from people who work in casinos – so I better understand what happens behind closed doors.

Although it is physically possible, real casinos don’t cheat with slot machines. To them, the money you wager is small change. They aren’t interested in cheating individual players. If they did, they’d risk enormous fines, and losing licenses. It could cost them millions.

So generally you have nothing to worry about has a slot machine player, besides the fact they’re not realistically possible to beat. Still, the casino isn’t realistically going to cheat you illegally.

If you’ve had cases where you didn’t win anywhere near as often as a you expect for a fair machine, it won’t hurt to report gaming establishment – just in case. You can get a good idea of the results to expect, by asking the local gaming authorities. Usually by law, gaming establishments must set machines to payout a required percentage. This percentage is known as “return to player”.

What are the key similarities between roulette and slot games?