A Beginners Guide to Online Slots 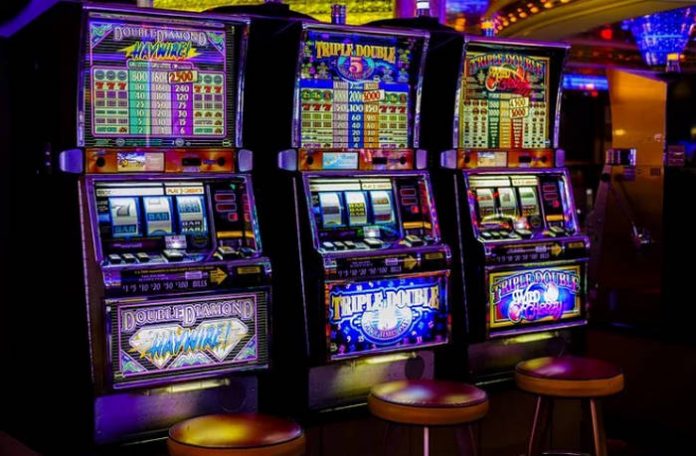 Most people are pretty clear on the workings of a traditional slot machine. You put your coin in, you pull the handle, and the reels spin round until 3 symbols line up and you find out whether you’ve won or not. If that’s the only kind of slot machine you’ve experienced, then the world of online slots can seem a strange and daunting place when you first encounter it. Multiple symbols, auto spin, progressive jackpots and multipliers all sound a bit baffling at first, but the principles are relatively simple. If you’re attracted by the concept of an online casino, but you’re not yet ready to invest the time it takes to learn about the rules of poker or betting on roulette, then online slots offer a first taste of the experience that is based, more than anything else, on having lots of fun. Of course, there’s always a chance that you might land some winnings, and if you play one of the many progressive slots you’ll be pursuing jackpots that run into millions of pounds, but most of all, for only a small investment can generate hours of entertainment. With slots based on popular films, legendary rock stars, famous video games and iconic culture like Game of Thrones, you’re bound to find something that appeals to you.

If you’re interested in finding out more about online slots then we’ll assume you’ve got an internet connection and a device to play the slots on. That could be a lap top, a tablet or a smart phone, because modern online slots are designed to work on every kind of device, with mobile gaming rapidly becoming the most popular option.

Most online casinos will require that you sign up and register before accessing the range of slots they offer, but the good news is that you don’t have to start gambling real money just yet. Many of the online slots offered, including the most popular, come with a ‘demo-play’ mode. This means you can try the game out and see if it’s your kind of slot without risking any of your money. It’s during this demo-mode period that you’ll come to understand some of the basic of online slots.

Traditional slot machines have 3 reels, packed with symbols, which spin on every turn. Online slots, being based on video graphics, can offer as many reels as the developers choose. The most common number of reels is 5, although some games offer more reels as a bonus feature acting as a reward for certain achievements. No matter how many reels you’re playing with, however, the principle remains the same. The wheels spin and when they stop you find out if you’ve hit any pay lines.

The traditional pay line was simply the middle line of symbols on the reels, and if you lined up three of a kind you got a pay-out. Online slots offer a hugely varied number of pay lines, however. The pay lines for an individual slot might include the top row, the bottom row, a diagonal line or even a zigzag pattern. The combination of pay lines can differ hugely from slot to slot, and that’s why it’s well worth taking the time to try a game out in demo mode before placing actual bets. Some games even offer flexible pay lines and the option to choose how many pay lines you want to bet on. In some slots, that might mean having the option to place a bet on more than 20 possible pay lines. This will increase your chances of winning, of course, but you need to remember that it will also make the stake you have to bet much higher.

Traditional slots have the symbols on the reels, often bells, cherries etc., and these are the only symbols you play with. Online slots use the technology available to them to push this concept further, however, by offering the likes of scatter and wild symbols:

These letters stand for Return to Player, and they refer to a percentage which shows how much of the money bet on a machine is paid back to a player. Most online slots have an RTP of more than 90%, some as high as 95% to 97%. Roughly speaking, the higher the RTP, the more chance you have of winning on the slots. The good news is that online slots have to give you access to the RTP of a game – there will usually be an information button or maybe a question mark somewhere on the display. Click on this and you’ll be taken to a table which shows, among lots of other information, what the RTP is.

Most online slots have a set maximum pay out, but progressive jackpots are different. This means that everyone playing a particular online slot, in any online casino, is contributing to the pot of winnings, which grows and grows until somebody wins. The most famous progressive slots often end up paying out jackpots of millions of pounds. It should be noted, however, that in order to be eligible for the big prize, you often have to place the maximum bet the slot offers.

What are the key similarities between roulette and slot games?