The 6 Biggest Winners in the History of Roulette 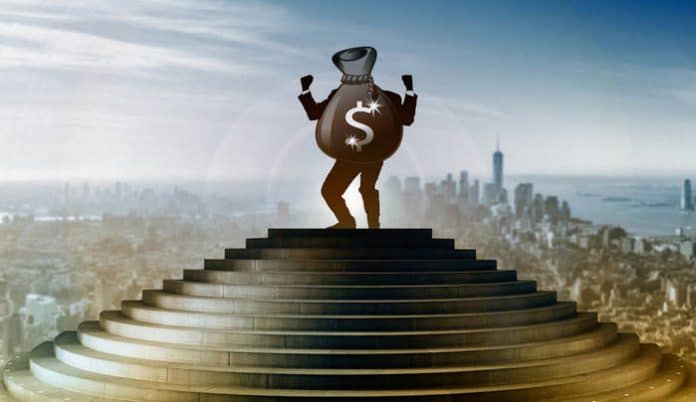 The house has the edge and this is a known fact for every gambler. The truth hits closer to home for blackjack and roulette players, games designed to favor the house. You might be on a winning streak but the house will get it back, sometimes even more.

Despite that, many patrons go in for the win and some notable players have done so in outstanding fashion. This article will dive into the biggest winners in roulette history has to offer.

This is ironic, considering the James Bond roulette system. If you’re a fan of James Bond movies then you must have come across Sir Sean Connery, especially in the Diamonds Are Forever movie. He was an actor before venturing into gambling where he became an enthusiast and big winner for that matter.

His story is that of overcoming odds. In fact, he’s been doing that from when he was still young, having to work several jobs to support his family. However, it’s the odds he beat during a roulette game in 1963 that gets him on this list.

The location is Saint Vincent, Italy and Connery placed a bet on 17 several times. Talk of sticking to a game plan and a lucky number! The result? Connery walked away with a cool $27,000. While it may seem like a paltry amount, the astonishing odds against him make the win as sweet as they can possibly come.

He wagered on the number 17 not once, not twice but thrice. It’s only the third time that he scored a win. The story doesn’t end there because he wagered his winnings for a massive win. He did a second time and won again using the same number, 17. Keep in mind the odds of winning on 17 three times in a row are 1:50653.

You must be completely insane or super confident in yourself to pull off what Ashley Revell did. This daredevil gambled his savings on a game of roulette. Not two or three years’ worth of savings but his entire life savings.

The amount in question? $135,000. That’s not all, Revell went ahead and sold all his clothes, his watch, his car, and his house. In fact, his story was so intriguing that a TV mini-series was shot documenting this event.

Once he landed in Sin City, Ashley got right into it. He staked all his money on red and sat back to watch as the ball rolled over into the red 7 pocket. The outcome? Revell doubled his wager on the spot. Again, the sum isn’t that much, but sheer guts Ashley had to pull of this move are out of this world.

The story of Chris Boyd isn’t too far from that of Ashley Boyd. The programmer withdrew $220,000 – there-year savings and booked a flight to Las Vegas. His aim? First, to find a casino that would accept this massive wager. Many casinos only allowed wagers under $100,000.

Binion Horseshoe Club proved to be his saving grace despite having a wagering limit of $100,000. The online roulette variant available at the casino was the American one but they agreed to add double zeros – the European variant.

Boyd went ahead to place the entire $220,000 on 7 red. Guess what? He won. In fact, this was the same pocket that landed Ashley Revell his massive win. Boyd’s later activities aren’t available but what are the odds that he’s doing badly?

This one goes way back in the day. 1873 to be precise. Joseph Jagger is the man behind a massive $375,000 win and the story that led to this win is even more intriguing. Jagger was a skilled mechanical engineer and knew what there was to know about machines.

After a long day’s work, Jagger visited a casino in Monte Carlo and bribed 6 clerks to record the results from all the wheel in the casino for several weeks. After analyzing the data from the wheels, Jagger was intrigued to find that a certain wheel was biased toward specific numbers.

Of course, the casino found out of this biased wheel and eventually removed it. As for Jagger, he never stepped into a casino ever and used the winnings to start a business.

Billionaire entrepreneur Mike Ashley is no stranger in the billionaire boys club thanks to his massive investments, the most notable being owning English premier league outfit Newcastle United. However, we are not here because of his riches, instead, about his “heroics” at a privately-owned Mayfair casino.

According to reports, the Newcastle United owner also placed bets on odd, black, middle column, middle dozen, and the first half. Many people say acted like someone on a mission. At the end of it all, Ashley walked away with a cool £1,300,000. If you deduct the capital, Mike went home with £820,000. Not much for a billionaire but also not bad for a few hours at the casino.

This is by far the highest amount won at a roulette table. The most interesting part is that the winner was a known crook in Paris with shady deals, but this didn’t seem to stop his luck. In 1891, Wells made his way to the Monte Carlo Casino Resort for a game of roulette.

According to reports, out of the 30 times Wells played, he won a jaw-dropping 23 times. In fact, this event inspired a song known as ‘The Man Who Broke the Bank at Monte Carlo’. This was after he won all the money available at the table – about 1 million francs.

The win was so sweet that Wells made a comeback to the casino later on for another spin at the wheel. Well, he won another 1 million francs – maybe more. Since Wells was a crook and a scammer, the casino investigated his wins trying to find whether he cheated or not but found nothing dishonest.

In total, Wells won over 2 million francs, which is in the tens of millions in today’s currency if we take into account inflation. This is comparable to the biggest winners in casino history, especially due to the nature of the game which is unfair to compare with something like slots. However, his ending was tragic because ended up serving an 8-year jail term and later on died in 1922 as broke as the name itself.