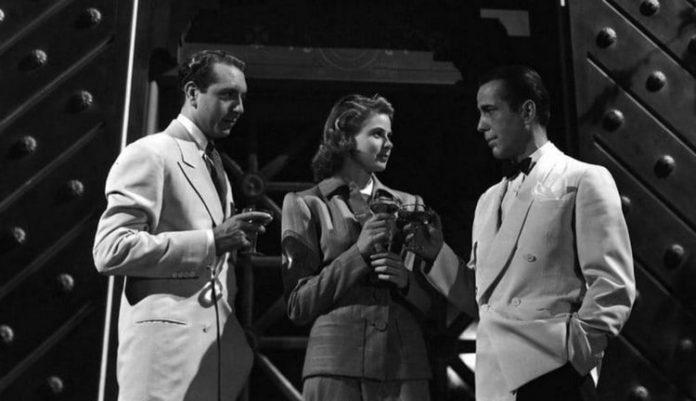 With so much glitz and glamour on show, it’s no surprise that casinos are regular features in the movies. The thrill of the chase, the tension of the games and the roller-coaster of wins and losses make for great story-lines, and the action at the tables will often echo the themes of the movie. However, there is one game in particular that features more than others, and that is roulette.

Roulette lends itself to the cinematic because the whole of the game is on show, from the strategy of the players and the placing of the bets to the dynamic, visceral thrill of seeing the ball whizzing round the wheel and bouncing in and out of the slots in slow motion before it settles. In famous roulette movie scenes, the audience know exactly what is at stake, making it is easy for filmmakers to keep them on the edge of their seats until that little white ball either drops in perfectly or bounces out of the hero’s chosen number at the last second. Compare this to the multiple camera angles needed to see all the players’ cards in a poker game, and it’s easy to see why roulette is preferred for that big casino scene.

Perhaps the most famous roulette player is 007 himself, James Bond. He is often found trawling the tables from Casino Royale to Dr. No, suavely taking on (and usually beating) the house. Bond’s most famous roulette scene comes in the 1971 film Diamond are Forever, in which he wins playing black 17. This has given rise to an urban myth that Sean Connery played the same number at Casino de la Valle in Italy in 1963 and won big.

The story goes that when black 17 came up, Connery let his bet ride, only to see it come up twice more in succession. This may sound improbable, but it is a good demonstration of the so-called gamer’s ‘fallacy’, which is the major fault with so many roulette systems. The fallacy is that the outcome of previous random events influences future random events. Black 17 is still just as likely to occur as any other number, even if it has come up in the last two spins.

Another famous roulette number in the movies is black 22. In the classic 1942 film Casablanca, this was the number that Humphrey Bogart’s Rick advised the newlywed couple to bet on to try and win the money they needed for a visa to get out of town. Not surprisingly, given that the wheel at Rick’s Café American is rigged, they win. Sadly, the same was not true for another husband and wife team, Albert Brooks and Julie Hagerty, in 1985’s Lost in America. Inspired by Casablanca, they bet their life savings on black 22, but without Rick on hand to give the nod to the croupier, they walk away with nothing.

Beating the bank with a roulette computer might seem like a very modern concept, but the idea has, in fact, been around for decades—in the movies at least. In the 1961 film, The Honeymoon Machine, Steve McQueen and his sidekick try to use the latest computing technology aboard their navy ship to beat a casino in Venice. The futuristic computer has been designed to predict where missiles will land, and the pair try to use it to predict where a roulette ball will land instead.

Given that computing was in its infancy in the early sixties, this was an ambitious plot-line. Yet it accurately predicted how modern roulette computers would one day be used to achieve exactly what they were hoping to do. We may not use the Magnetic Analyser Computing Synchrotron of the USS Elmira, but the basic principle is much the same!

These days, many roulette players have moved online, but this hasn’t stopped the game from appearing in films. The movie Ready Player One takes online roulette to a whole new level in the virtual world of Oasis, with a space station casino that is shaped like an enormous roulette wheel. Even so, the cinematic spectacle of the real-life roulette wheel is sure to keep it in the frame for many years to come.

The lessons of roulette movies

Watching movie characters is a great way to observe and learn about the ups and downs of playing roulette. As we see in The Sting and Casablanca, the first rule is to make sure that you are playing a fair game at an honest table. The odds against you are high enough already without any further interference.

Perhaps more importantly, movie casinos show us how crucial it is to know your limits. You only need to look at 1993’s Indecent Proposal to see the dangers of losing everything on the spin of a wheel. Whatever your system, even if you are using a doubling strategy such as Martingale, you always have to know when to stop—or Robert Redford might just steal your wife!