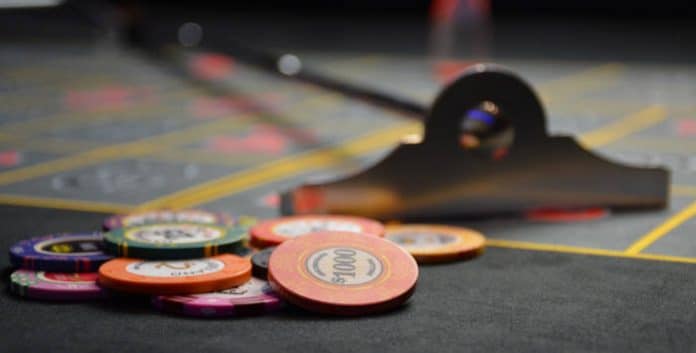 The roulette tables of Las Vegas have seen more than their fair share of high rollers over the years, but few can rival a young Brit called Ashley Revell. Back in 2004, aged just 32, he bet his entire net worth on a single spin of the wheel. It may have only been £76,840 ($135,300) but it was every penny he had, making it one of the biggest roulette wagers ever placed.

Like most crazy adventures, Ashley’s plan began as a laugh with a few friends in a bar. They talked about what it would be like to literally risk everything you own on the spin of a wheel. His friends soon forgot about the conversation, but with Ashley, the idea stuck. With no house, no wife, and no responsibilities, he figured that he was perfectly placed to take that chance that every player would secretly like to take.

Over the next few months, Ashley set about selling everything he owned — not just his BMW car and his Rolex watch, but literally everything. He even held a garage sale to sell off his last few bits and pieces. He had thought he was worth £100,000, but it turned out he was worth quite a bit less, although he did manage to top up his fund by changing his name to include the name of a UK bookmaker.

By the time he flew out to Vegas, he owned nothing at all, not even the clothes on his back, since his rented tuxedo was due back at the shop the following week. With TV cameras in tow, he set about trying to find a casino to take his wager, but was surprised to find that few were willing to take him on. It seemed that the responsibility of ruining Ashley’s life was not something they were in any rush to be part of.

Eventually, the Plaza Hotel and Casino agreed to take him up on the idea and gave him a room for the night before the big event. Remarkably, with so much on the line, Ashley claims he slept soundly, and he woke the next morning feeling like he was just going down to collect his winnings.

His friends and loved ones (who had initially tried to talk him out of his crazy spin, but eventually came around) were by his side as he stepped up to the table with his stack of chips. The casino did their best to talk him out of it and make sure that he was fully-aware of what he was doing. But Ashley was determined to go ahead, even though he still had no plan as to whether he would go for red or black.

You can learn all the systems in the world, and study the odds of any given outcome from a spin, but when it comes down to it, choosing red or black is an instinctive decision that you simply cannot predict. Ashley left it until the wheel was spinning and the ball had been released before going with his gut and pushing his pile forward onto red.

The ball bounced and bobbled around for what seemed like forever, and Ashley says that time felt like it stood still for him. The whole room held its breath, and his poor mother looked like she could crack at any moment, but eventually the ball began to drop and settle into a slot.

It was red seven, and Ashley had won, making news around the world. He was £153,680 ($270,600) richer and a very relieved man. The casino teased him with double or quits, but he was sensible enough to cash in his chips and walk away. He had pulled off one of the most audacious bets ever seen in Vegas, but for Ashley, it was not about the money. By going through this adventure, he learned what was actually important to him in life, and it wasn’t material possessions. “If I lost, I’d have had nothing to go back to, nothing to wear,” he explained. “But I’d still have my friends … and they’d always be there for me.”