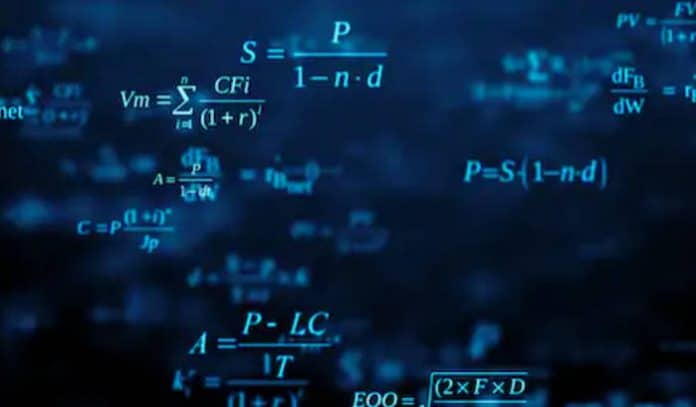 There is a big difference between playing roulette and winning. Roulette is a deceptive game and most people will end up losing more money than they win. It seems so simple, and with bets like red or black and odd or even people assume they have at least a 50/50 chance of winning. Add this misinformation to the many misleading mathematical systems that are sold to the gullible and it’s no wonder that casinos love to see their tables full. The good news is that you can learn how to master roulette. Even better news, it’s science, but not rocket science.

It’s Easy to Understand the Basics of the Game

When you first sit down at the roulette table you will notice a wheel divided into 38 numbered and colored slots and a table with the same numbers and colors. Players place their bets on the table and hope that a ball spun on the inside of the wheel lands in the corresponding slot on the wheel.

The table has the 36 numbers arranged in 3 columns in the same order they appear on the wheel. There are 12 numbers in each column. To the outside of the columns are boxes to bet on the ranges 1-18 and 19-38, 2 to 1 column bets, odd and even bets, and a red and black diamond to bet simple colors. At the top of the columns are the spaces for the green zeros.

The dealer, or croupier, spins the wheel in one direction and then spins the ball on the inside of the wheel in the opposite direction. As the wheel slows, gravity pulls the ball down where it hits the numbered and colored slots. The ball typically bounces 3 to 5 times before it comes to rest in one of the slots. If your number or color hits, you are a winner.

Understanding What Does Not Work

While you may be tempted to bet on red or black, odd or even, or one of the large ranges thinking that you have a 50/50 chance of winning, don’t. These would be your odds if the wheel did not have the green spaces. Since it does, every one of these bets has 18 possible positive outcomes and 18 opposite negative outcomes plus the negative zero and double zero. In short, there are 18 positive and 18 negatives or a 52.63 percent chance that you are not going to win even this simple bet. Basic math tells us that the house maintains a 5.26 percent advantage on every bet, every time.

There are systems being sold online and even in the casino gift shops “teaching” people to beat roulette by using bogus math tricks. Some of these techniques are almost as old as the game itself. Each of the systems has the same flaw: they try to tell you that past spins have some sort of cosmic relationship to what is going to happen in the future. In reality, it doesn’t matter what has happened in the past, each time the croupier spins the wheel the odds of any given number or color coming up is exactly the same as it was the time before, and the time before that, and the time before that, and so on. It does not matter if red was spun 100 times in a row, on the next spin there is still a 48.6% percent chance that red will be spun again, a 48.6% chance that black will be spun, and a 2.7% chance the ball will land on green. These percents do not change based on past wheel spins.

Other systems are based on money management and actually make mathematical sense. The only issue with them is that the casinos know about them and have put their own systems in place to ensure they cannot work. The most common, and oldest, of the money management systems are known as progressive betting strategies such as the Martingale or Grand Martingale. The basic thought is that if you double your bet every time you lose, then eventually you will win. This makes sense, except that the house puts betting limits on the tables so you can’t do this past the 7th or 8th consecutive loss. For  example, if you bet just $10 on red and lost, you would bet $20 the next time. If you won, you would get $40, enough to cover both bets ($30) and still make $10. However, if you lose, then you need to bet $40 (you have now bet $70 total for a possible win of only $10). The next bet would be 80, then 160, 320, 640, and 1280. Note that by the 8th bet you have put down $2550 all for the chance to win $10. Worse, if you lose, the standard house limit if not $1000 is $2000 on outside bets. Some even have $500 limits. This means you can no longer double your bet and your bankroll is in serious trouble.

The reality is that mathematical strategies and money management systems are encouraged by the casinos because they do not work. They even make it easy for you to use them by posting the last spins on a large neon board. They know that players are easily fooled into believing in junk math that says certain colors or numbers are “due” despite the odds.

If you want to know how to master roulette, then you need to look past math and into science. While the two are related, they take very different approaches.  The science behind roulette is simple: there is a spinning wheel, a spinning ball, gravity, and ball bounce. These are all elements of the science known as physics. When you understand the physics of the game, you can predict the outcomes, increase your odds, and win.

You may be wondering why nobody has done this before if it is so easy. In fact, they have. All the way back in 1891 a man named Joseph Jagger figured out that a percentage of the wheels would have a slight bias and hit certain numbers with a slightly greater frequency than normal. He understood that there only needed to be 1 percent of bias for him to beat the house odds and make money. Any more than that and he would really be rolling in the green. Jagger took his theory to Monte Carlo and over a week, despite the casinos best efforts to thwart him, became known as “The man who broke Monte Carlo” taking them for between $4.5 and 7 million pounds in today’s valuation.

As recently as a few years ago a group of eastern Europeans pulled off the same thing in the Ritz casino in England, only they were using mobile phones to predict the numbers based on wheel spin speed, ball bounce, etc. The point is that people have used science to beat the casinos for huge sums of money for almost 150 years. Most casinos are wise enough not to be taken for huge sums anymore, so the secret is to take smaller amounts over a long stretch of time and remain undetected doing so.

Many free physics tools and lesson are available that will teach you to spot the dominant diamonds or predictable ball bounce and increase your odds of winning. However, the best way to use physics to win is by using computerized assistance or an actual roulette computer. The advantage of the computer is that it is more accurate and can beat more wheels. The disadvantage is that at least half the casinos don’t allow them and you stand a greater chance of being caught. The best thing out there today is a cross-reference system that maximizes the benefits of all the systems.

By learning how to spot the bias in wheels, knowing which wheels are worth playing, and staying undetected using your new knowledge, you can not only now how to master roulette, but you will know how to make money playing.