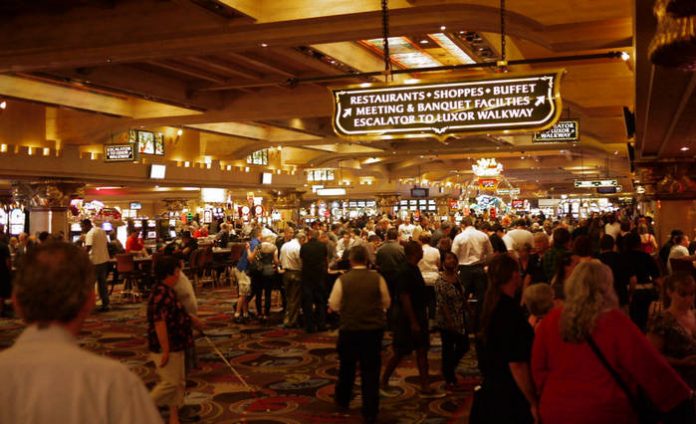 Ever since the earliest form of roulette was invented by Blaise Pascal in 1655, the game has evolved massively. Today, when you scan the gaming spectrum you’ll find roulette in a variety of guises. From double zero (American) roulette inside the Bellagio’s 116,000 square feet of gaming space which opened in 1998, to single zero (European) roulette at the opulent Monte Carlo Casino which opened in 1858, roulette has a number of forms.

Things get even more interesting when you log on to the online casino world. Thanks to fewer restrictions (i.e. space) and more powers to tweak certain elements of the game, there’s a growing range of games to suit the millions of players who play online and on their mobiles every day. In fact, according to Statista, the global online gaming market was worth $45 billion in 2015 and, in the US alone, Nielsen Scarborough found that 78 million Americans anted up online last year.

The growth of online gaming has brought a new air of diversity to the industry. With more novices joining the action (the US has 61 million social casino players who play free games), game developers have been forced to cater to many more tastes than they previously had to. The result of this is more innovation in the world of roulette. It has also prompted more roulette strategy discussions, not all of which are helpful for the aspiring player.

Naturally, all new variants must abide by the basic rules of roulette. You have to have the iconic wheel and between 37 and 38 numbers, although some games have altered this rule. You also have to have a variety of betting options, including straight up bets (35:1 payout), splits (17:1 payout), dozen bets (2:1), red/black (1:1 payout) and so on.

Betting limits are another common theme in any round up of the rules of roulette. Depending on where you play, betting limits will vary in a general sense and for specific bets. For example, if you were playing at the high roller lounge of the aforementioned Bellagio, you might be able to bet $10,000 on a single number. In contrast, if you were playing online, the maximum bet for most straight-up bets on a standard table would be $25, although some providers offer alternatives. Even without these alternatives, however, when you play online there is scope for betting more on a single wager in roulette, for example corner bets can total $100 and line bets $150. Still, it’s important to remember that there is often a contrast in betting limits based on where you play – at which exact establishment and whether that’s online or in a brick and mortar casino.

A Twist on Roulette’s Basics

Assuming all the basics are in place, developers can tinker with the formula to offer a unique gaming experience. Whether that’s adding smart zoom cameras or adding an extra line of numbers to the wheel – which is Double Action Roulette and was designed by TCS John Huxley before first being trialed in 2011 – there are now more exciting ways to spin than ever before.

But an interesting innovation in recent years is Double Ball roulette. Following all the common rules outlined above but adding a second ball into the mix, this game allows players to win twice in a single spin.

First launched as a live product at the 2013 Global Gaming Expo and then added to the Tropicana’s 50,000 square feet of gaming space in 2014, double ball roulette offers a unique set of rules that include:

This original version used the double zero set-up. However, if you go online today you can find single zero variants of the game. What’s the difference? Well, as with single ball versions of each game, the house edge is lower in the latter. Under the game’s standard rules, the house edge in a single zero game of roulette is 2.70%. In contrast, a double zero game affords the casino a 5.26% edge. When you break down the numbers for double ball roulette you get the following:

Assessing the house edge for each game, the probability of hitting two straight up numbers is 0.000693 and your return per bet is 0.023546. This equates to a house edge of 5.33% or a difference of 0.7% compared to a single ball game. It’s a similar story with single zero double ball roulette with the house edge sitting at 2.77%.

From a long-term EV perspective, the difference in odds here is minimal, which tends to suggest that it’s better to go for the high value return bets when you’re playing Double Ball roulette. Of course, the added bonus in this game is the double ball jackpot. Although the probability of two balls landing on the same number is 0.000693, the payout is 1,300:1 online – which means a $10 stake would earn $13,000 in profit.

Roulette’s evolution over the years has been impressive. From the rudimentary bingo-style game invented by Pascal to Double Ball roulette, players now have more ways to play than ever before.

Of course, not all games will suit all of the 78 million Americans (and many more millions around the world) who play roulette online. However, the game’s ability to cater to virtually anyone in the industry is its beauty. Double ball roulette may have reduced odds compared to the standard version of the game, but the increased action and the possibility of a huge jackpot payout make it a potentially interesting option for avid gamblers.

Online casino games are more popular than ever thanks to the incredible advancements in technology that software providers have been able to utilise in...
Read more
News

Gambling and casino are restricted in many parts of the United States; this is due to the perception of an average American...
Read more
News

Six Trends that will Impact Online Roulette Positively in 2020

It is incredible how much the world has changed in the last decade. In 2010, no one imagined ride-sharing would become such a...
Read more

This page is designed for people that have never played roulette before. If you are looking for more advanced information, learn about...
Read more

There are hundreds of online casinos offering live online roulette, but many are dishonest and refuse payouts. Below are the recommended honest casinos offering...
Read more

Betvoyager is an online casino that provides "no zero roulette", which basically means there's no house edge during play. So during play,...
Read more