The Best Roulette Players of All Time 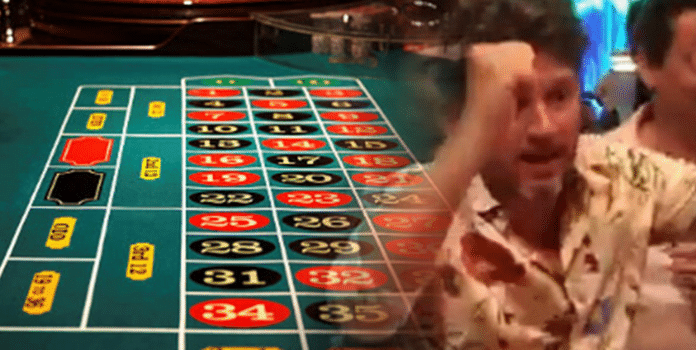 It is a truth universally acknowledged that roulette is a game designed with casino advantage in mind. Notoriously difficult and typically associated with immense monetary risk and daring personalities, roulette truly comes closest to an impossible game. Nevertheless, a number of personalities have managed to turn this around to their own advantage, manipulating the game in various ways in order to reap enormous profits.

Iconic players like Chris Boyd, Charles Wells and Ashley Revell have used their sheer confidence in order to reap rewards that exceed $2 million for a single number bet. Shifting the focus from the game’s difficulty to some of the biggest wins of all time, the following list details some of the best roulette players to have entered casinos across the globe.

The reality is the players who win the most at roulette are probably not even on this list. That’s because real professionals, who rely on proper strategies, go mostly undetected. After all, avoiding detection is how they’re able to win such high amounts. But here’s a list of the known “big winners”.

The multi-millionaire entrepreneur and business owner Pedro Grendene Bartelle comes first on this list for his 2017 single number bet of $35 000 at a casino in Rio de Janeiro, which saw him taking home a staggering amount of $3.5 million. For those interested, the lucky number he chose was 32. Bartelle’s advantage lay in the fortune he already had at his disposal, deriving from his ownership of one of the largest shoe companies in Latin America.

He is also the son and nephew of a highly successful father and uncle, both of whom have amassed millions from their diverging business ventures. Bartelle is the perfect example of where a pre-existing fortune combined with confidence and luck can be mobilized to one’s advantage at the roulette wheel. He knew which systems to use and which systems to avoid.

Like Bartelle, Sir Phillip Green also comes from a successful business background and is the owner of several high-end fashion retail companies. Best known as a blackjack player, Green diverted from his talents at the roulette wheel in 2004 during a bet that would see him taking home over $2 million. The win started a trend, and Green went on to succeed with several other big wins that year, including another roulette win of $1 million at the same casino, Les Ambassadeurs in London.

Green’s luck sparked a controversy, and shortly afterwards the company in charge of the casino was forced to issue a statement stipulating that it was suffering from decreasing profits. Green’s staggering success reverses the rule that the casino always wins when it comes to roulette.

The London-based billionaire entrepreneur and business tycoon Mike Ashley may have made one of the greatest complete bets of all time in 2008, when he walked home with just over £820 000 in profits. The owner of several successful businesses, including the prestigious football club Newcastle United, Ashley put his fortune to his advantage in a private Mayfair casino by wagering £480 000 on every inside bet in the casino that happened to include the magic number 17. Known as a “complete bet”, the wager encompassed all corners, splits, streets and six-line bets that included the number, and rumor has it that Ashley placed money on other bets as well, including first half, middle column and middle dozen bets.

The total amount that Ashley won that night was £1.3 million, although his profits in the end totalled in the margins of £820 000. The roulette master Mike Ashley proves how a large wagering amount and “complete” confidence can be put to your advantage.

The programmer Chris Boyd battled to find a casino in Las Vegas that would accept a bet as large as $220 000. Nevertheless, he eventually made a deal with Binion’s Horseshoe Club and got them to make an exception. At the time, the club only had access to an American style roulette wheel, and the 00 pocket had to be covered up to convert it into a European wheel. Boyd wagered his bet on red, and the ball just happened to land on 7 red, causing him to double his money and walk out with a total of $440 000. Boyd’s considerable savings and cautious approach demonstrate how a modest win can sometimes be better than catastrophic failure.

Although he only won a small amount compared to the above players, Sean Connery deserves mention owing to his extraordinary career and acting fame, together with his ability to overcome enormous odds in his favor. Known for his iconic role as James Bond, Connery was actually an avid gambler before he turned to acting. He grew up in the working-class suburbs of Edinburgh, and in 1963 travelled to Saint-Vincent, Italy, where he entered a casino and wagered numerous times on the number 17.

Although this wager failed on several occasions, Connery persisted and eventually won, allowing him to take home an impressive sum of $27 000 in profits. Considering that this was back in 1963, the sum is not as modest as it sounds. Several years later Connery was to feature in the film Diamonds Are Forever wagering on the same number 17. This was a unique personal touch to a film that will continue to live in public memory. Connery shows how modest means mixed with determination and persistence can turn the wheel in your favor.